And it likely won't be the last.

Another major automaker is reportedly set to join Volkswagen Group, Ford, Honda, and BMW by agreeing to California's new voluntary light-vehicle emissions rules in defiance of the federal government. The New York Times reports that Mercedes-Benz is indeed that automaker and assuming it goes through with its decision, the Trump Administration will face yet another setback in its efforts to tone down national fuel efficiency targets.

California has had its own set of rules emissions rules for years and automakers had to make sure their respective new vehicles met those even more stringent requirements. Not doing business in California is simply not an option. To be more precise, the state accounts for about 12 percent of all new vehicle sales in the US. It's also the most populated state.

Unfortunately, Mercedes refused to comment on the Times' report, but it did not outright deny it. Assuming Mercedes did agree to join those aforementioned automakers also makes good business sense in 13 other states, such as Colorado, that also announced plans to adopt California's guidelines. Meanwhile, both General Motors, Fiat Chrysler, and Toyota all declined to comment as well.

What's interesting about that is only last month, officials from all three met with an unnamed senior Trump advisor at the White House. The reason for the meeting was to convince the automakers to support the president's emissions proposal instead.

Those carmakers have not yet made a final decision on how to proceed, but FCA CEO Mike Manley did confirm the company is further examining California's requirements and "see what it means." Basically, automakers are being forced to choose sides – state vs. federal. On the one hand, they rightly don't want to get on the President's bad side. However, business is business and the list of states expected to adopt California's rules is very likely to grow.

Of all people, ironically enough, President Trump understands business and the ultimate goal of making as much money as possible better than anyone else. 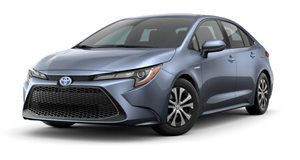