Are They Really Girly?

Men often define manliness in part by the type of car they drive. And if a car indicates in any sort of way that it's a.) cute or b.) has any hint of femininity, it's liable to become the immediate subject of endless jokes. Men, according to some, drive real cars. For example, Ari Gold from Entourage always has the latest mammoth-sized luxury sedan, such as an Audi A8 or BMW 7-Series.

Despite being a fictional character, Ari Gold (the real-life Ari Emmanuel drives a Tesla Roadster) is somewhat representative of what many men aspire to become. However, true car guys know there's a certain truth behind Ari's testosterone-based drive: He's kind of a douche in a big black sedan. Or a Tesla Roadster. Women, like men, either care or don't care about cars. And there are plenty of women enthusiasts that men often ignore. A car itself can't recognize which sex is behind the wheel; it only responds to the ability of the driver.

In reality, however, some of the best driver's cars are notoriously perceived as being, well, girly. And many men won't drive anything with a reputation of being popular with the opposite sex. And that's their loss entirely. A few cars immediately come to mind: the Mazda MX-5, Ford Mustang V6, Nissan Juke, VW Beetle, MINI Cooper, and the Fiat 500. The MX-5 has one of the best short-throw shifters offered today (and there aren't many). In fact, it's been praised time and again for being one of the best driver's cars on the market.

It even won third place, just behind the Audi R8 and Porsche Cayman S PDK, in Motor Trend's 2009 best driver's car competition. The Mustang V6 undoubtedly has a rental car history. Basically, the formerly standard (and ancient) Cologne 4.0-liter V6 sucked. But damn, did the ladies love them, especially the convertibles. To many men the Mustang only mattered if it had the 4.6-liter V8. That V8 is now a harmonic 5.0-liter piece and that V6 is now a fully modern engine with 305hp. To put this into perspective, the new Mustang V6 is as powerful as the 1998 Mustang SVT Cobra.

But perhaps it's the Volkswagen New Beetle that is most often associated with being the ultimate lady's car. That's fair, considering the majority of buyers were women and Volkswagen was aware of this lack of dual market appeal. Hence the redesigned 2012 Beetle, which looks a bit more masculine, but more importantly, retains its required Beetle styling. Best of all, it'll also have some respectable performance credentials that will surprise many car guys and girls. Ok, it's still a Beetle and I can understand why many people (of both sexes) wouldn't be caught dead driving one.

And then there's the Nissan Juke, whose design has been described as quirky, at best. That alone may be a justifiable reason for some guys to ignore its existence outright. Moving past this testosterone overload, the Juke actually has a solid engine and transmission that makes it fun to drive, avoiding the missed opportunity of what the Chrysler PT Cruiser could have been. It still looks like a pimpled toad though. The MINI Cooper and the new Fiat 500 are also easily brushed off for their supposed feminine side. Even in base trim, each one exhibits traits that are quickly disappearing from modern cars.

They're nimble, precise, and come standard with manual transmissions. Bump up a level to the Cooper S and Abarth 500 and you have two of the best and most affordable driver's cars available. Michael Schumacher even has an Abarth 500 as his daily driver. Such a girly man that one. But despite everything I've written thus far, the underlying question really is this: What's so wrong with a car being girly in the first place? 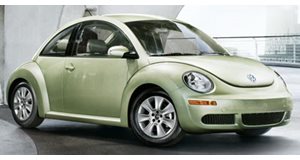