After less than eighteen months and 1,000 examples sold, the Aston Martin Virage is no more. Say goodbye to a model few understood and get ready for a new model.

We already knew that Aston Martins are fast. But how about a year and a half? That's pretty fast as far as production cycles go, but that's how long the Virage has lasted on the market. Over the course of that time, Aston sold just over 1,000 examples of the Virage, but has now reportedly pulled the plug, making the variant of the DB9 an instant collectors' item. So why did the British automaker retire the Virage so soon? Because it's about to be replaced. Well, sorta.

The Virage coupe and Virage Volante convertible were introduced, you see, as something of a middle step in between the DB9 and the DBS. But the DBS has since been replaced by the new Vanquish, and the DB9 is about to be replaced as well. The successor to the DB9 could go slightly up-market to take the place that was held by the Virage. We also wouldn't be all that surprised to see the next DB9 adopt the Virage's nameplate, either. Aston is apparently getting away from the DB nomenclature - something enacted in the 1950s when David Brown bought the company - and return to more dynamic names that start with a V, like Vantage, Vanquish, Volante... and Virage. 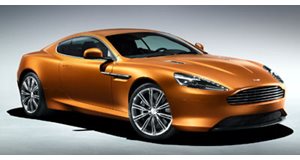 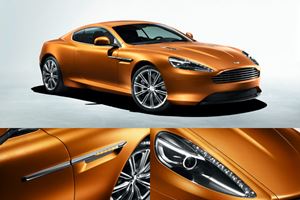