It could share technology with the mighty Valkyrie when it arrives in 2020.

Under the leadership of recently appointed CEO Andy Palmer, Aston Martin has an ambitious strategy to unleash seven new cars within the next seven years. And that's not even including the radical Valkyrie hypercar which will go head-to-head with the Mercedes-AMG Project One next year. Speaking to Auto Express, Palmer has outlined the company's future roadmap, which will include a second mid-engine supercar positioned below the Valkyrie to rival the Ferrari 488. 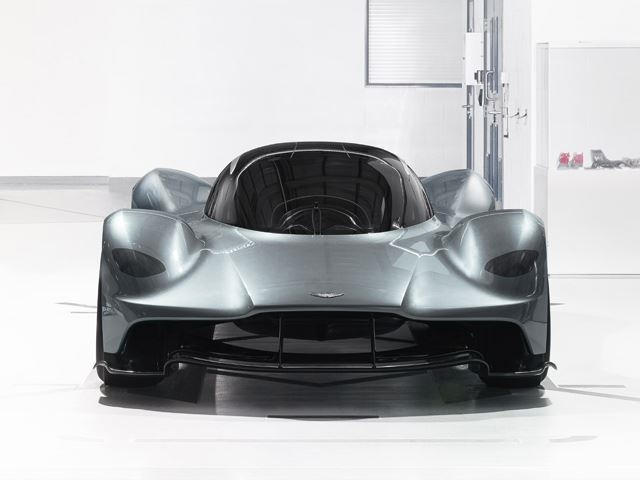 "We have one car every year for the next seven years," Palmer told Auto Express. "It starts with our GT cars: DB11, Vantage and Vanquish. In 2019 we'll have DBX, then we'll have, for the sake of argument, let's call it a [Ferrari] 488 competitor. Then we have Lagonda, which is Lagonda One and Lagonda Two. Each car has a seven-year life, so in 2023 you have DB12." Expected to launch in 2020, Aston Martin's Ferrari 488 rival will plug "an obvious blind spot" between its current crop of sports cars and the $3 million Valkyrie. Furthermore, Palmer confirmed that the new mid-engine supercar will most likely inherit the Valkyrie's DNA in another collaboration with Red Bull F1 designer Adrian Newey.

It will also share technology with the new Vanquish. While adopting a mid-engine layout wasn't critical, Palmer believes this setup makes it "easier to get the 50:50 weight distribution". Aston Martin will continue to expand its line up of front-engine cars with a new V8 Vantage launching this year before the new Vanquish in 2018 and the DBX crossover in 2019. Two sedans will then follow the mid-engine sports car under the luxury Lagonda brand. A DB11 Volante and an all-electric Rapide will launch outside the seven core new models, with the latter using technology from Faraday Future. Faraday hasn't proven to be very reliable however, so Palmer may enlist Williams to develop the technology instead.

Aston Martin certainly looks to have all bases covered in the future, though the mid-engine sports car segment is likely to get increasingly congested with new models expected from the likes of Ferrari, McLaren, and Lamborghini. 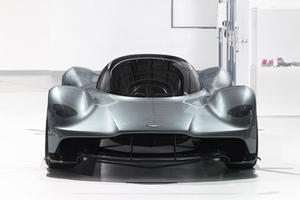