Ever since Ferrari filed for an initial public offering back in 2015, other premium sports car companies have considered doing something similar. Aston Martin is one of them, as we learned not long ago. Today, Bloomberg has provided on update on that. Reportedly, Aston Martin is seeking a valuation for as much as $6.8 billion for its own IPO. The company has been having "preliminary talks" with advisers regarding the valuation including debt. But why aim for this IPO now and not earlier?

Because investors are more interested in Aston Martin now thanks to new models, specifically the DB11 and Vantage, and upcoming new product like the DBX SUV. But perhaps what's most important is that Aston Martin is now also profitable thanks to strong 2017 sales. The company broke the 5,000-unit mark for the first time in almost a decade. Despite the talk, Aston Martin supposedly has yet to make a final decision regarding the IPO. It's not a done deal just yet. Not surprisingly, no-one at Aston Martin is even willing to discuss the matter. "As a matter of policy, Aston Martin does not comment about speculation concerning future ownership or capital restructuring," said company spokesman Simon Sproule.

Ever since Bloomberg broke the IPO news, Aston Martin 2022 bonds have risen as much as 0.2% in London, clearly a good sign. A final decision will probably be made ahead of the UK's break with the European Union in March 2019, the same year when the production-spec DBX SUV crossover is due to arrive. 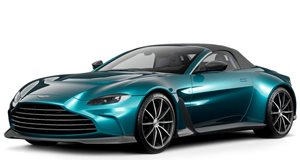