How do you get caught in an embarrassing, damaging, and expensive scandal and then go back and do it again?

Try as it may, Volkswagen seems to be having an incredibly hard time staying out of the media and regulatory spotlight that began to scrutinize it after Dieselgate broke out over a year ago. The story has gone back and forth with more plot twists emerging as new evidence is uncovered, and the latest round of that seems to focus on the Audi A3 fitted with the 2.0-liter TDI diesel engine. As German newspaper Suddeutsche Zeitung (SZ) reports, the A3 may be harboring a cheat device installed after Dieselgate came to light.

The Audi A3 in question was refreshed eight months after the Dieselgate scandal broke out but was still outfitted with an optional diesel powerplant. It passed initial inspection by the transportation authority Kraftfahrt-Bundesamt (KBA), but subsequent testing by the Joint Research Center of the European Commission (JRC) found discrepancies in emissions that were dependent on temperature, which is an indication that there is a cheat device living somewhere in the car. When contacted about it, the KBA claimed that it had not yet completed all of the necessary tests on the diesel A3, which is odd given that it was rated in the Euro 6 class by the organization, the best possible pollutant rating a vehicle can get.

This means that the KBA either jumped the gun on the rating or that it connived with Volkswagen to give its cars a higher rating, evidencing that this whole diesel thing could go a lot deeper than we'd like to think. SZ claims that Audi has sidestepped the allegations, claiming that it cannot respond because it does not have access to the JRC's data. "We do not have any information on the tests - neither on the mentioned measurements nor on what engine was installed in the A3 TDI mentioned. Therefore, please respect that we cannot comment on the report. However, it should be noted that different measurements from other testing institutes prove that the A3 2.0 TDI is within the legal limits of EU6," said Volkswagen in a statement to Autocar.

If there is a defeat device installed in the A3, then European regulators will have to determine if it's of the variety that protects the engine during harsh temperatures, which is allowed by European law, or if it's one manufactured with the insidious intent of getting away with higher emissions in order to cut costs. As with the initial Dieselgate scandal, we'll have to wait and see how this story unfolds, but you can bet that an investigation will be under way soon. 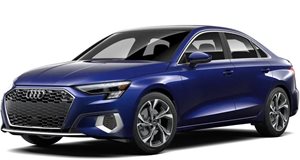