As far as Audis go, it may be the A4 that we enjoy most. From its start in 1994, to the previous generation RS4, and now the current model which is one of the best mid-size sport luxury sedans available, the A4 has proved to be one of the German automaker's most successful models. And now, Audi has announced that five-millionth A4 has just rolled off their Ingolstadt factory assembly line. The completed car was a 2.0 TFSI Quattro model and was painted Misano Red.

The A4 is available as both a sedan and wagon and is available with the automaker's famous Quattro all-wheel drive. Audi has proudly noted that the A4 scores impressively on the list of German-made cars that keep their value the best, as it has remained a customer and auto journalist favorite over the years. Frank Dreves, Member of the Board for Production, stated that "this is another major milestone in Audi's history....and our highly motivated team and our effective production system will keep this model on course for continued success in the future." 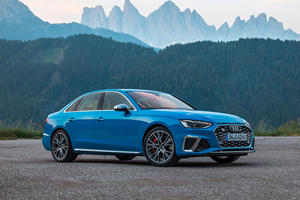