Audi Has Been Building Its Five-Cylinder Engine For 40 Years

And it's still going strong.

For some car makers, an engine configuration can be one of its defining attributes. Flat-sixes, for instance, are almost synonymous with Porsches, with the same story for Ferrari with its front-mounted V12s. At the more mainstream end of the spectrum, we have the likes of Audi's inline-five motor that's affiliated with some of the firm's most famous road and racing cars. So, as the engine's just turned 40 years old, now's a fitting time to highlight why this engine is so special.

Though Audi wasn't the first car company to use five-cylinder engines (Mercedes beat it to the mark with the 300D a couple of years earlier, and Rover had been prototyping a gasoline five-banger as early as 1966), it was the first to extensively use this particular motor format. By 1980, the Audi 100 (which featured Audi's first ever five-pot motor under the hood) was available with two gasoline and one diesel variant, and Audi's work with stuff like crankshaft counterweights helped transform these formerly oscillating powerplants into really smooth engines. It helped that they were pretty robust and dependable, too.

That sturdiness was best showcased in two of Audi's iconic racing cars: the Quattro rally legend and the 90 IMSA GTO, with peak outputs of 600-hp and 720-hp respectively, Rumor has it that, had the Group B rules not been banned in 1986, Audi would have entered a 1,000-hp Quattro in the 1987 season. So good was Audi's five-cylinder engine, in fact, that Volvo used it before using the same base architecture as inspiration for its own range of five-banger engines. It was a shame, then, that both Audi and Volvo ended up deciding to drop this configuration - though the former seeing sense by reviving it for the RS3, RS Q3 and TT RS means we'll hopefully have many more years to appreciate that five-cylinder's characteristic off-beat warble. 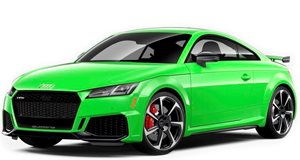 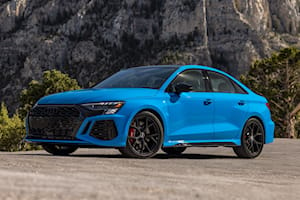 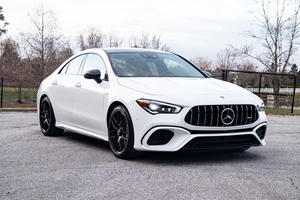