That's an absurd amount of power for Audi's performance sedan.

With its 4.0-liter twin-turbo V8 delivering 591 horsepower and 590 lb-ft of torque, the Audi RS7 Sportback is both powerful and practical. But that hasn't stopped aftermarket tuners from extracting more power from the high-performance sedan.

ABT Sportsline's custom Audi RS7-R was boosted to a supercar-rivaling 740 horsepower and 678 lb-ft of torque, which makes it even more powerful than a Lamborghini Aventador S. But if that's still not enough, Black Box-Richter is offering an even more extreme take on the Audi RS7 Sportback.

To give the Audi RS7 Sportback a massive power boost, the tuner collaborated with HGP Turbo to adjust the engine control unit, remove the Vmax limitation, and install a large-volume air filter box and a sports air filter insert. Larger intake hoses in blue or black and new intake manifolds with an enlarged cross-section in front of the turbochargers were also installed. Other modifications include reinforced thrust bearings, larger turbocharger inputs, and tweaked boost pressure sensors.

As a result, this modified Audi RS7 now produces a whopping 962 hp and 921 lb-ft of torque. No performance times were revealed, but the RS7 should be significantly faster off the line with nearly twice as much power on tap.

For reference, a standard Audi RS7 Sportback needs only 3.6 seconds to sprint from 0-62 mph. As well as extracting more power, the tuner has also added a custom vinyl wrap to enhance the RS7 Sportback's looks. The RS 7 Sportback's black metallic gloss paint is wrapped in a black diamond matte wrap.

An additional silver glossy layer was then applied with lines laid out in different thicknesses. This type of adhesive vinyl wrapping takes around a week to complete according to the tuner. Pricing details for the customer Audi RS7 Sportback haven't been announced, but the standard model will set you back at least $114,000. 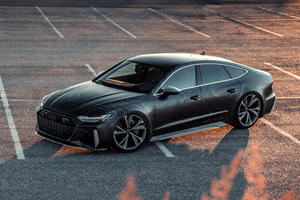 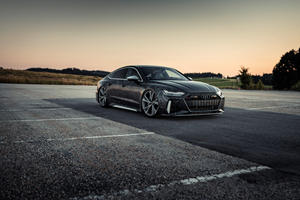 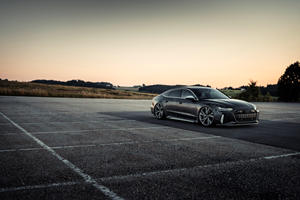 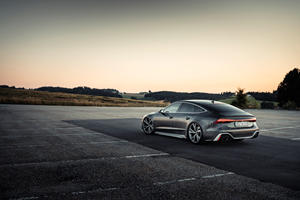 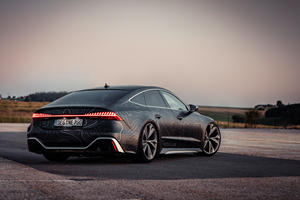 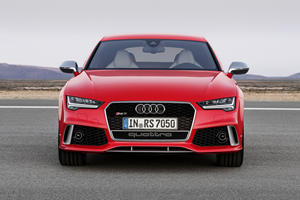