Audi Steering Wheels Are More Complicated Than You Realize

A lot of work goes into designing them.

Steering wheels are not the same as they were even a decade ago. Automakers like Audi continue to innovate on this front, culminating in the new steering wheel that will appear in the 2022 Q4 e-tron and 2022 Q4 Sportback e-tron.

Pictured below alongside its predecessors from 1986 and 1996, the Q4's new steering wheel is Audi's most advanced yet, with gloss-black backlit touchscreens. Much like the wheel on the Volkswagen ID.4 or Mercedes-Benz E-Class, the Q4's wheel features small bumps to divide the controls, while a combination of haptic feedback with a mechanical click give drivers an improved sense of feel.

"Despite the wide variety of functions, we need to ensure that we don't clutter up the steering wheel. Instead, drivers need to be able to operate it intuitively so that they can fully focus on the road," said Audi steering engineer Marcel Bruch. "A steering wheel's operating and convenience functions are defined specifically for each model. The steering wheel in the new Q4 e-tron, for example, can be used to control 18 different features. That's a major challenge."

Designing a steering wheel like the one in the Q4 takes time. Audi claims it takes anywhere from four to five years from concept to series production. "The evolution of the steering wheel is progressing rapidly. Within the span of three decades, a leather-clad steel skeleton has been transformed into a high-tech command center that meets the highest standards of design and quality," Bruch, added. "In the past eleven years, we've launched four steering wheel generations encompassing well over 200 versions for the different Audi models."

The Q4 offers 16 steering wheel versions all on its own, with different covers, decorative trim, colors, and a flat bottom or top. All Audi steering wheels with heating and hands-on detection include two foam cushioning layers with wrapping in leather or Alcantara. Audi strives to make all of its steering wheels high-quality, durable, and long-lasting; it will soon add a new microfiber material called Dinamica, made from textiles and PET bottles.

Audi's steering wheel design process is pathological. The German automaker decided on 375 millimeters as the perfect wheel diameter with the rim diameter measuring between 30 to 36 millimeters, the ideal size of a closed palm. The wheel must comply with over 35 global laws and regulations, some of which overlap depending on the country. Audi's steering wheels have the same design globally, but the airbag changes slightly based on country-specific regulations.

It isn't only the steering wheel where Audi's engineers pay a ton of attention. Audi tunes its steering systems to achieve three characteristics: effortless, precise, and controlled. The steering changes depending on engine or chassis variants, with the smaller models and RS cars having a sportier feel.

The latter two systems offer rear-wheel-steering via a drive-by-wire linkage. This system behaves differently depending on speed. The rear wheels steer in the opposite direction to the fronts at low speeds to improve agility, and turn in line with the front wheels to improve stability at high speeds.

The next time you turn a steering wheel in an Audi vehicle, remember how much attention goes into designing it. 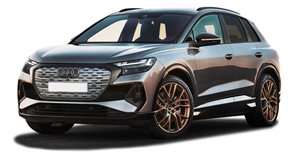 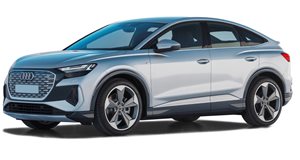 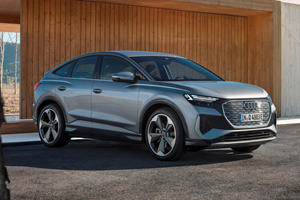