The Dakar Rally killed Audi's hopes in one single stage.

As most of you know by now, Audi is going electric in a big way.

In addition to building superb products like the RS e-tron GT, it's also getting back into various motorsport formulas to prove that EV is the way forward. It's returning to Le Mans in 2023 in the LMDh category and is close to announcing a return to F1, where hybrid powertrains dominate.

But all of the above is easy compared to the most demanding race on earth: The Dakar Rally. This year this infamous rally consists of 12 stages over 11 days. The competitors cover at least 500 miles each day, around half of which is full-on racing across Saudi Arabia.

The Dakar does not have a large following in the US because we already have the King of Hammers and the Baja 1000, both of which pale in comparison to the Dakar.

But there has been a large amount of interest in Audi's all-electric racing buggy, though it's not strictly all-electric.

Given the 4,000 lbs weight restriction, Audi had to engineer a working drivetrain using two electric motors driven by a 52 kWh high-voltage battery. Due to the long distances, the buggy also needed an onboard generator. That's why the buggy is also equipped with a 2.0-liter TFSI engine from the VW group.

While it may not be fully electric, it is a more efficient way of extracting the latent energy in the gas.

We predicted that Audi would do rather well in the Dakar, considering the low-down grunt of the EV setup. That immediate torque delivery is perfect for the conditions the drivers encounter at the Dakar.

And our prediction seemed to be on the money. During Stage 1A, a qualifying stage to decide the starting order, Team Audi Sport finished in second, just 12 seconds behind Nasser Al-Attiyah in a brand-new Toyota Gazoo Racing Hilux equipped with the 3.5-liter twin-turbo engine from the Lexus LS.

This was the Audi with Carlos Sainz behind the wheel. Stephane Peterhansel and Mattias Ekstrom were more reserved during the qualifying, finishing around an hour after their faster teammate.

Peterhansel and Ekstrom were playing the long game. Leading the pack isn't always ideal when it comes to the Dakar. You can lose a lot of time getting lost. It's a marathon, not a sprint, though Al-Attayah's mad driving style seems to pay off more often than not.

Following the qualifying, the Audis set out on Stage 1B, a full-on 209-mile off-road blast. Al-Attiyah dominated again, finishing 12:44 ahead of Sebastien Leob in the Bahrain Raid Extreme buggy. The Audis were nowhere to be found. So, what happened?

The Audis started well, with Peterhansel giving staying roughly six seconds behind the race leader. Unfortunately, Peterhansel suffered massive damage to his car, most likely due to the notorious hidden rocks. The 14-time Dakar winner had to wait four hours for assistance from the support truck, putting an end to any hope of winning this year. Carlos Sainz got lost near the end and lost two hours.

Mattias Ekstrom is now Audi's only hope for a top-ten finish, although he ended the day in 37th place, also getting lost near the end. It took him 5 hours, 16 minutes, and 43 seconds to finish the stage, which is 1 hour, 45 minutes, and 50 seconds behind the current leader. Maybe next year. 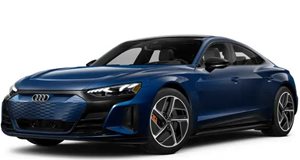