Automakers Are Secretly Scared Of Apple

At least according to a new report.

Despite failing to strike a manufacturing deal with Hyundai or Nissan, Apple is still interested in building its own purely battery-electric car. The most recent update we've had is that the tech giant is holding talks with Canadian auto parts supplier Magna, who's already inked a deal to build the upcoming Fisker Ocean. Time will tell if anything comes from it. But ever since the Apple car project has been back in the spotlight, top executives from automakers like VW, BMW, and Toyota have publicly stated they're not afraid of this potential future rival. Behind the scenes, however, there is concern.

Automotive News Europe reports other automakers are worried because of Apple's ability to equip cars with a software ecosystem already being used by millions of iPhone users.

That ecosystem alone could be Apple's greatest asset moving forward, according to Arndt Ellinghorst, an analyst at Bernstein Limited. "That's why I think it's one of the biggest scares for traditional automakers out there," he said. "They would be much more scared by an Apple than by a Rivian or a Lucid or a Fisker or even by a Nio."

The firm doesn't believe an Apple car will arrive before 2024 and, perhaps, not until 2028 because the company already sets extremely high standards for launching new products "and has abandoned new offerings in the past very late in development."

Work on the Apple car project began back in 2014. Apple is still continuing to develop autonomous software but it's not the current industry leader.

That honor belongs to Google parent company Alphabet's autonomous driving division, Waymo and GM's Cruise. Apple also lacks any battery technology breakthroughs and will instead be forced to rely on design and proprietary software. Still, those two factors may not be enough even though Apple has a vast distribution network of 500 stores to sell vehicles. Separate dealerships would not be necessary and home deliveries are likely.

Ellinghorst also thinks that Apple may not fully comprehend that dealing with iPhone customers will be very different from car customers. At the end of the day, Apple will bring a car to market only if it knows it's totally unlike anything else. Even then, there's no guarantee of success. That fear is what rival automakers are counting on. 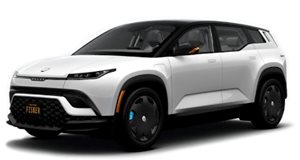