GM is pushing for "Cash for Clunkers" version 2.0.

As the global coronavirus pandemic continues to wreak havoc on new car sales in the US, automakers are looking for ways to jump start business again after the dust finally settles, inevitably turning their attention toward an Obama-era program meant to boost new car sales in the wake of the 2008-'09 Great Recession.

Commonly known as "Cash for Clunkers", the program had two complementary goals: get consumers to buy new vehicles in droves, and get them to retire their older, less fuel-efficient vehicles for cleaner-burning modern ones, by subsidizing used car trade-in values with government bucks.

Now, General Motors is throwing its support behind the return of such a program, with CEO Mary Barra remarking during the company's Q1 earnings call on Wednesday, that GM and other automakers are discussing the matter with government officials.

While the longterm economic impacts of the Covid-19 outbreak have yet to be determined, the acute effects are already being felt as tens of millions of Americans are furloughed or unemployed due to a sharp drop in consumption. Any recovery won't be immediate, and it could take some help for the average cash-strapped American household to be in a position to buy a new car even after the return to "business as usual."

"I think [a plan like Cash for Clunkers] is going to be helpful to get people back into the market," GM's CEO said, preferring programs that are "simple and [go] directly to the customer."

Barra went on: "Getting some of the oldest vehicles off the road would definitely help from an environmental perspective. And we do think that in the few years out, continuing to stimulate EV demand.. getting people into EVs so that they can understand the benefits of EVs as we work to have a full portfolio and a robust charging infrastructure, I think that's going to be important as well."

Barra isn't the only automotive executive to declare support for such a program, which was inquired by Morgan Stanley analyst Adam Jonas during the call. Both high-ranking officials from Ford and Kia have brought it up, as well.

GM has laid out some aggressive, ambitious EV plans, announcing last March a new battery pack architecture dubbed "Ultium" that's targeting a cost-per-unit-energy of $100 per kWh. Ultium batteries will power GM's next generation of EVs, including models like the GMC Hummer and Cadillac Lyriq battery-electric vehicles.

Barra was careful to specify that the company isn't seeking permanent subsidies, as it is "on a path to profitability" in the EV space. But her company isn't the first US automaker to suggest publicly that it is in favor of a second round of Cash for Clunkers, after Ford's VP of US Marketing, Sales and Service made similar remarks last month. 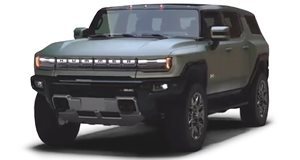