Freezing temperatures struck much of the country last week and the harsh conditions aren't over just yet. There have been severe road accidents, such as the deadly 133-car pileup in Worth, Texas, and other winter storm-related incidents. People have been advised to remain at home as much as possible to avoid danger, and according to the Detroit Free Press, Ford has shut down its Kansas City, Missouri production plant for all of this week, giving Ford employees another reason not to leave the house.

"Due to unseasonably cold temperatures in the midsection of the United States, Ford was warned that the availability of natural gas could be restricted in the Kansas City area in the coming days," said Kelli Felker, global manufacturing and labor communications manager.

This is not an ideal situation for the automaker because Kansas City is one of two facilities that build the ever-popular Ford F-150. It's also tasked with manufacturing the Transit Vans. But why is the plant being shut down? It ran out of gas. Literally. There's a natural gas shortage in the area and Ford wants to ensure local residents receive enough of the fossil fuel to heat their homes. A total of 7,300 hourly employees are affected and Ford hopes to restart production next Monday. Affected workers will receive about 75 percent of their gross pay this week.

This winter storm comes at a particularly challenging time for Ford, as well as every automaker, due to a global semiconductor chip shortage.

The Blue Oval has already been forced to cut F-150 production shifts because of a lack of chips. CEO Jim Farley predicts the shortage will be over by next fall. Of all the vehicles it builds, the F-150 is probably the last Ford would want to see hit a production snag.

The full-size truck, America's best-selling vehicle for decades, is the carmaker's biggest revenue source with around $50 billion in annual sales. A fair chunk of those earnings is being reinvested in EV development. Next year, an all-electric version is due to arrive as Ford prepares itself and its longtime hot-selling truck for the electrification era. 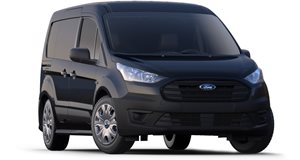