Bentley Mulsanne To Live On A Bit Longer

We will miss it when it's gone.

Bentley was among the many European automakers forced to shut down its factory due to the coronavirus (Covid-19) outbreak. While the shutdowns will undoubtedly result in financial loss and the delay of new models like the Flying Spur, it has also pushed back the discontinuation of the Bentley Mulsanne. After releasing a final special edition model called the Mulsanne 6.75 Edition by Mulliner, Bentley was set to discontinue its flagship sedan and replace it with the much more popular Flying Spur.

Production of the Mulsanne was set to end in April 2020 but the factory shutdown has pushed the timeline back to an unknown date. The final cars will be hand crated when Bentley's employees return to the Crewe factory.

Crispin Marshfield, for example, was the man who designed the car's iconic shape. "For me, the Mulsanne will always be one of the projects that I am most proud of. Over time the Mulsanne has become recognized as a modern icon, quite unlike anything else on the road," Marshfield said.

Peter Guest engineered the body and trim for the car. "The interior was all-new and extremely complex, featuring several hundred pieces of leather trim and a perfectly aligned "ring of wood" that encircled the cabin. Again, we had to work with the craftspeople in the factory to ensure what we engineered could be made in production. It was a massive challenge, but we delivered and the car still looks phenomenal today," he said.

Ian Johnson worked in Bentley's Body in White department, hand-finishing all of the Mulsanne bodies. After production concludes, he will deploy his skillset to Bentley's Manufacturing Bentayga Launch team. Rob Thompson, who has been with Bentley for 40 years, will soon retire after serving as the Series Planning Manager in Bentley's Paint Shop. John Fisher has also been with Bentley for many years, starting as a worker in the woodshop before eventually running the department.

Then there's Tim Seipel, the man who worked on the Mulsanne's iconic 'L-Series' 6.75-liter V8 engine that was also used in the Arnage and Brooklands. The L-Series has been in production since 1959, so it will be sad to see it go. Donna Morrey and Hans Holzgartner who work in operations and marketing will be sad to see the Mulsanne finally bow out of production. 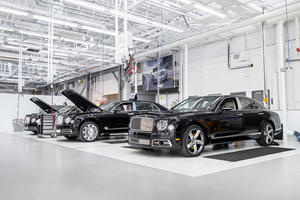 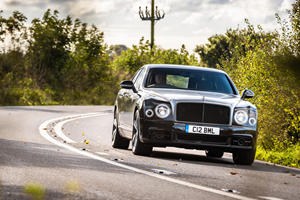 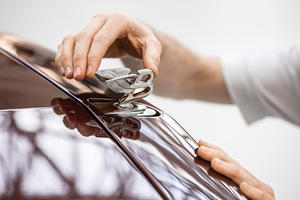 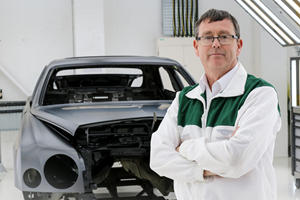 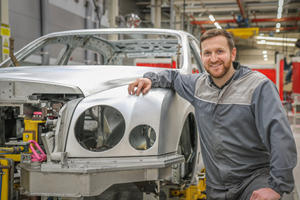