The Bentley Corniche hasn't been seen since it was seriously damaged during WWII.

As part of its 100th birthday celebrations, Bentley recently unveiled the exquisite EXP 100 GT concept previewing the future of grand-touring. But now the British automaker is taking a trip back to the past as its Mulliner bespoke division has painstakingly recreated a historic one-off model using original parts. 80 years after it originally went missing, the only 1939 Bentley Corniche ever made has been given a new lease of life.

Originally, the Corniche was conceived as a high-performance version of the new MkV sedan in the 1930s. Compared to other Bentleys of the 1920s and 1930s, the Corniche's styling was radical at the time, introducing a streamlined design to deliver greater speed and performance than heavily influenced post-war models from the R Type Continental right through to the current Continental GT.

The original Corniche was lost in France in 1939 during World War II. It was extensively damaged in a traffic accident whilst undergoing road tests in France in August 1939. It was sent in for repairs and while the chassis was returned to Bentley's plant in Derby, UK, the bodywork was destroyed in a bombing raid on Dieppe later in 1939 and was never seen again – until now.

The restoration project originally began in in 2001 by volunteers of the WO Bentley Memorial Foundation and the Sir Henry Royce Memorial Foundation before being brought in-house in February 2018. Bentley boss Adrian Hallmark also wanted the project to be finished in 2019 to mark Bentley's centenary. The Corniche was rebuilt in Crew, UK, using original Corniche and MkV mechanical components and the body was recreated in exacting detail using outline drawings provided by the family of the car's original designer, George Paulin.

Mulsanne's body-in-white team hand-formed the panels, while the paint laboratory spent many hours producing color samples of the main body color of Imperial Maroon and the side flash of Heather Grey from the limited descriptions available. Bentley's interior design produced CAD designs for the seats and door trims from detailed historical research and the Mulliner trim team worked to create a period-correct interior using Connolly Vaumol hide, West of England cloth and the carpet from a roll discovered stored away on site.

Originally, the 1939 Bentley Corniche was commissioned by Greek racer Andre Embiricos who comissioned a sporting Bentley based on the old 4¼ Litre chassis. It was styled by designer Georges Paulin and built by French coachbuilder Pourtout, and featured a lightweight chassis and a tuned version of the MkV's 4 1/4-liter straight-six engine. The recreated Corniche will make its public debut at Salon Prive in the UK in September before joining Bentley's Heritage fleet. 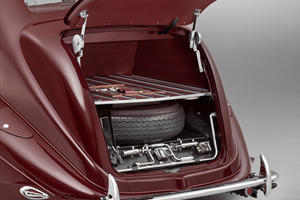 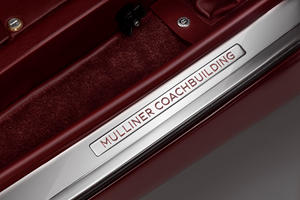 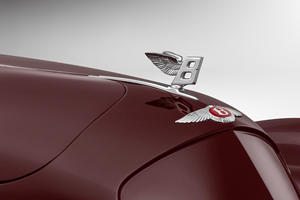 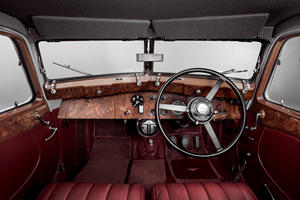 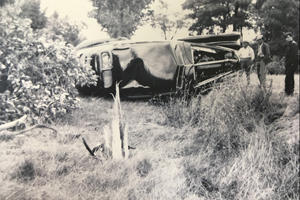