Best Look Yet At The Genesis G70

The luxury sedan is getting a facelift.

So we're pretty sure that the excellent Genesis G70 is due for a facelift, and up until this point it has all been very cloak and dagger, but finally, we're getting our best look at the upcoming car thanks to some new renderings. Nikita Chuyko has once again come up with some stunning renderings that give us a clearer look at what the G70 will look like. Between the recent spy shots and leaked photos, we know that the G70 will get the same makeover as the G80 and larger G90, which means dual-plane headlights and taillights, and there are even rumors of a shooting brake version.

In the front is a big V-shaped mesh grille that blends into the lover vent and the base of the front fascia. These updates work really well on the G80 and G90, but we're not convinced that it goes with the rest of the G70's design.

Moving to the back of the car, it is clear in the renderings that there's another set of split taillights on display, but they don't seem to stretch as far as the pair in the G80. The exhaust exits sit loud and proud and nicely tie in the rest of the rear fascia. It will be interesting to see this rear end in action on a wagon or shooting brake design. The side profile is unmistakably G70 and features a small vent behind the front wheels.

Recently leaked photos of the G70 interior reveals a larger touchscreen display and a new steering wheel, while it wouldn't be too far fetched to think that new trim options will be made available.

The G70 is expected to carry over its powerplants which include the 2.0-liter turbocharged four-cylinder and 3.3-liter twin-turbo V6, but we see a power bump over the standard 252 hp in the 2.0T, and 365 hp in the 3.3T. The G70 is known as a capable performance sedan that can easily stand its ground against the likes of the BMW 3 Series, and it also undercuts its German rivals on price by a fairly large margin.

As of yet, we do not have any confirmed dates for the release of the facelifted model, but we know that it will first appear in the Korean market in 2021, and the American car should follow for the 2022 model year. 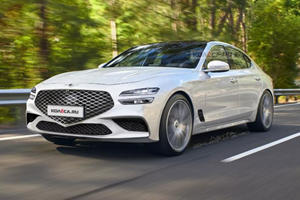 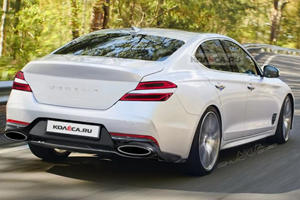 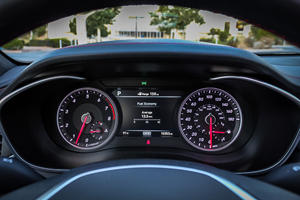 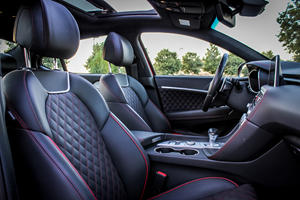 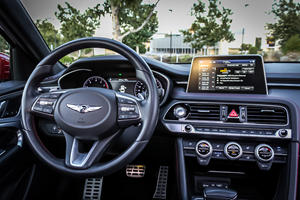 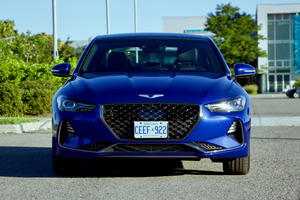