The Bavarian carmaker had an excellent 2019.

In 2018, the luxury sales race between BMW and Mercedes-Benz came down to the wire with just over 4,000 units separating the luxury carmakers. That marked the third consecutive year Mercedes had reigned victorious over its rival from Bavaria. 2019 was a different story though. BMW sales surged with increased availability for the US-built BMW X3, X5, and X7 as well as the all-new seventh-generation 3 Series.

BMW announced sales of 35,746 vehicles in December 2019, which was an increase of four percent over December 2018. And its total sales of 324,826 units in 2019 represents an increase of 4.4 percent. More importantly, that was enough to dethrone Mercedes as the luxury sales king in the US for the first time since 2015.

"We've talked a lot over the course of the past two years about having the right product mix for the market, and we believe that with all of our recent launches, we have just that," said Bernhard Kuhnt, president and CEO, BMW of North America. "BMW currently has the youngest and most exciting product portfolio in the segment. We are very pleased with our results in 2019 and wish to thank both our customers and dealers for their tremendous support." 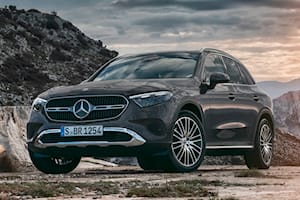