After a $10 million investment to build SUVs, BMW is on the warpath.

BMW's plug-in hybrid X5, also known as the X5 xDrive 45e iPerformance, has yet to join its gas-engined counterparts in the United States. The plug-in hybrid SUV is set to go on sale in the US in 2020, offering a 3.0-liter turbocharged inline-six producing 286 horsepower. This may be less than the gas-only xDrive40i model but the electric motors add an additional 112 hp for a total output of 394 hp and 442 lb-ft of torque and an electric driving range of 50 miles.

The X5 xDrive 45e is slated to go into production at BMW's Spartanburg, South Carolina plant on August 1, 2019. It will later be joined by a smaller hybrid model called the X3 xDrive30e, which will use a 2.0-liter turbocharged four-cylinder mated to an electric motor for a total of 293 hp.

BMW has recently invested capital into its Spartanburg plant in order to build these new hybrid vehicles. "We have invested approximately $10 million USD to install a new battery assembly line and expanded the area to 86,000 square feet. This means we could double the number of batteries produced if needed to meet market demand," explains Michael Nikolaides, senior vice president engines and electrified drivetrains, BMW Group.

Another $10 million was invested to support the production of PHEV models like the X5 xDrive 45e. Over 120 employees were specifically trained to work on the new PHEV line and an additional 225 assembly workers received training to work on electric vehicles in the future.

"We have assembled batteries on-site at Plant Spartanburg since 2015, making BMW Group a pioneer of electromobility in the US," said Knudt Flor, President and CEO of BMW Manufacturing. "The BMW X5 and X3 are currently among the best-selling BMW models in the US and we anticipate that their PHEV variants will also be well-received by BMW customers." BMW assembled over 45,000 batteries from 2015 to 2018 and with these new electrified SUVs, the company could build even more over the next four-year period. 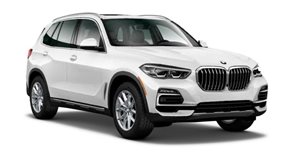