If a company wanted to send out postcards to its clients or fans, most would probably print them out using traditional methods. You know, like a press or a printer. But BMW is not most companies. At least it's M division isn't. This year the Bavarian automaker's skunkworks division is celebrating its 40th anniversary. To reach out the its most die-hard enthusiasts, it took one of its new M6 coupes out to the race track, fitted it with an ink-spray system, put one of its advanced driving instructors behind the wheel and laid paper down on the track.

The result, as you can see from the video clip below, is a whole stack of prints which BMW sent out to its biggest fans. The publicity stunt may not be how most would have done it, but the limited-edition prints that came out of it will surely be cherished by its recipients. 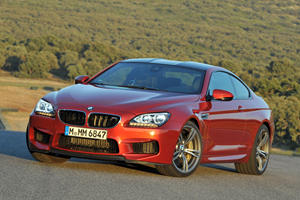