BMW Plans Electrification Of Lineup To Stave Off A Tesla Invasion

Is this the canary in the coal mine telling us electric cars will soon take over?

Two of the most polarizing cars to hit the streets recently are the BMW i-Series twins. Both cars utilize gasoline engines and electric motors to putt around town or humiliate other sports cars, but in either case, the cars' conspicuous straight-from-the-future design can make some buyers who want a plain Jane daily driver shy away. According to what sources told German newspaper Handelsblatt (subscription required), this class of buyers may no longer be forced to pick up a Chevrolet Volt.

That's because the leak told the financial news source that BMW is working on electrifying vehicles in its current lineup without giving them the i makeover. The best-selling BMW 3 Series sedan would certainly get the treatment, putting the German automaker in position to compete with the Tesla Model 3, potentially stealing away some preorder customers if Tesla makes another late debut. Prospective Model X buyers will be able to look forward to choosing between Falcon Wing doors or an electrified version of the proven X4 utility vehicle. With sales of the i3 falling steeply (we're not surprised), it's smart for BMW to try to appeal to a broader group of car buyers who don't necessarily want a car that rips a page out of The Jetsons' design language.

The source also mentioned that the implementation of electric drivetrains wouldn't stop at the BMW brand but trickle down to of its subsidiary company, Mini. An electrified Mini could compete with the Fiat 500e as a small city car with moderate range and small parking spot supremacy. Assuming the source is accurate, we can expect BMW board members to approve the decision in late September. So far, only the X4, 3 Series, and Mini have been cited as being the first models to receive electrical therapy, but if BMW wants to remain competitive with Tesla in the realm of higher trim vehicles, it will need its own Model S competitor soon. As always, we'll keep you updated with developments on BMW's EV efforts. 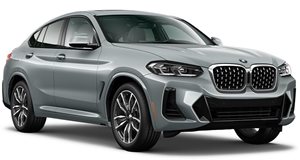 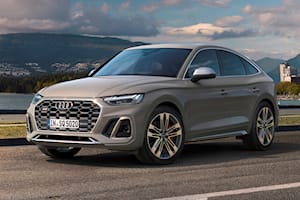