Apple CarPlay and Android Auto may not be included with some new Bimmers.

It feels like the semiconductor chip shortage has been going on for ages, and it doesn't appear to be slowing down any time soon. New Audi models have been getting a comical Semiconductor Shortage Package as a result, and EV manufacturer Rivian has been facing similar challenges too. BMW, on the other hand, sees the light at the end of the tunnel and even benefitted from the shortage by prioritizing its high-end offerings. However, the good times can't roll on forever, and eventually, the supply challenges catch up to everyone. That is now true of Bavaria's favorite automaker as BMW has announced some cars will ship without Apple CarPlay or Android Auto.

An emailed statement from the automaker explained that models ordered with the code 6P1 in their designation would lose the two smartphone connectivity services as well as Wi-Fi capability. However, there will be a relatively easy fix.

"The chips built into these cars in the first four months of this year need updated software in order to be fully functional," said the statement, which tells us that an over-the-air (OTA) update will resolve the issue "by the end of June at the latest."

We do wonder, though, how these cars will get access to an OTA update if they do not have the ability to use WiFi, but we assume that partial function of wireless services remains.

It's unclear which models are specifically affected by the issue, but the 6P1 code is applied to any car with smartphone connectivity and WiFi. Thus, this problem could affect anything from Europe's BMW 1 Series to the current 8 Series and everything in between. This comes after chip shortages killed the manual transmission at BMW-owned Mini, although it is unclear if this decision will be made permanent. Either way, even the industry's most titanic manufacturers are feeling the effects of the shortage and are hoping for new breakthroughs and deals to help return the situation to normal as soon as possible. 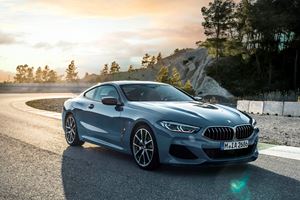