Audi lays out what's happening over the next few years.

Audi is on course to become a major player in electric vehicles not only in the US but also the world. While main rival BMW is still playing catchup, Audi remains on course to launch 30 electrified vehicles globally by 2025. A total of 20 of those will be fully electric. There's no doubt this is an ambitious plan for any automaker but Audi firmly remains on track to deliver. Already in the US, Audi will have the PHEV production models, the Audi Q5 TFSI e, A7 TFSI e, and A8 TFSI e, along with the all-electric e-tron SUV and upcoming e-tron Sportback.

Up next will be the Audi e-tron GT and Q4 e-tron SUV, both of which have already debuted as concept vehicles. But the key to Audi's electrification timeframe boils down to platforms. A total of four platforms will be utilized to "balance performance, efficiency, practicality, and the engineering and craftsmanship synonymous with the Audi brand."

These four architectures will begin with what's already on sale. The MLB evo platform underpins the e-tron SUV and e-tron Sportback. The next platform that'll launch is called J1 and it'll underpin the e-tron GT. However, J1 was actually developed by fellow VW Group brand Porsche for its own first-ever EV, the Porsche Taycan. This will mark the first time that Audi utilizes this platform for its own use.

For smaller vehicles, the MEB architecture is being called into service for the upcoming Q4 crossover. Compared to platforms built for combustion-engined vehicles, MEB's front section is quite a bit shorter as the front axle and firewall have been moved forward, resulting in a longer wheelbase and more interior space.

Lastly, Audi will make use of the Premium Platform Electric architecture, aka PPE, for medium and large vehicles. This was also developed in cooperation with Porsche and is highly scalable. More specifically, it enables both low- and high-floors for medium-sized SUVs and up. Also included here are Avant wagons and Sportbacks.

Think of the PPE platform like this: it will be for future electric vehicles what the current MLB platform is to everything from the A4 through the A8, and Q5 through Q8. With these four platforms at its disposal, Audi's electrification goals should are very realistic and aside for any unforeseen circumstances (not including the coronavirus pandemic), everything should proceed as planned.

For Sale
Sylvester Stalone Is Selling His Escalade Limo For $350,000

Video
The Ram TRX Has Been Spotted In The Wild! 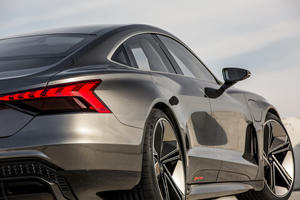 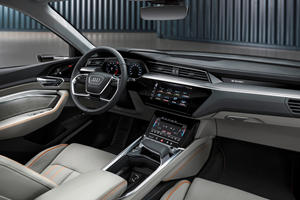 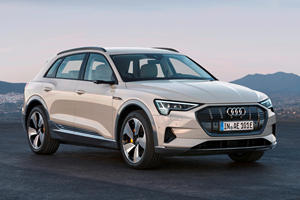 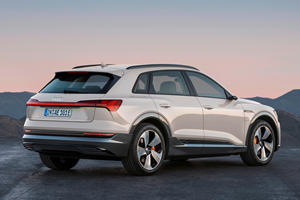 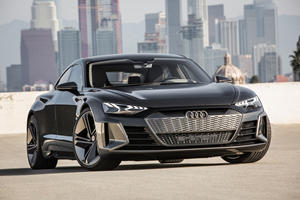 First Drive
2019 Audi e-tron First Drive Review: Electric Dreams
Audi's first all-electric production car is now a reality. We travelled to Abu Dhabi to find out how good it is.