It's called a non-compete clause.

A few days ago we learned Audi wants to hire Markus Duesmann to be its next CEO due to current CEO Rupert Stadler's legal issues. He's currently sitting in jail awaiting trial for his alleged Dieselgate role. Needless to say, Audi needs to move on and new leadership is required. Duesmann is well qualified for the job.

He's an experienced automaker executive who up until very recently was employed by BMW as its procurement director. And that's part of a new problem. BMW Blog, via German publication the FAZ, reports that BMW is activating its non-compete clause against Duesmann, thus putting his Audi future in jeopardy.

When first reports came out Duesmann was about to jump ship to Audi, BMW immediately released him from its board. However, there's still a cooling off period, if you will. Although Audi would very much like for him to get started early next year, say in January, BMW could actually force a delay to that start date until October 2020.

This is not something unheard of in the auto industry, especially considering the frequency at which executives, designers, and engineers are poached by competitors. However, sometimes these non-compete clauses are not enacted, or there's a negotiated settlement allowing for immediate employment at the new company.

In Duesmann's case, however, that may not happen, and here's why: his potential future boss, Volkswagen CEO Herbert Diess, was previously employed by BMW only a few years ago. BMW was not happy when he jumped ship, so why would it suddenly feel different towards Duesmann? It doesn't. In fact, BMW could make an example out of Duesmann for any of its other top executives, saying something like 'If you jump ship to a competitor, fine. But we won't make it an easy transition because we legally don't have to.' Sounds like BMW is already engaging in that policy. 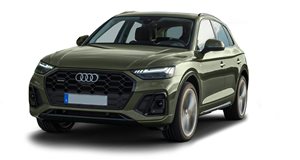