And it'll be enforcing how much we enjoy them with noise-activated cameras.

In the near future, when all ICE vehicles have been replaced with EVs, the streets of our major cities will be filled with the laughter of children, the ringing of bicycle bells, and the yodeling sounds of artisanal craft beer brewers, but until then we're quite satisfied with the roar of V8s, and the ear-piercing shrieks of early '90s Honda Civics. The exhaust sound of ICE vehicles has become a trademark of large American cities, but some are trying to kill the celebrated culture of loud exhausts. Last year we reported that the great city of New York was starting to fine motorists for loud exhausts by using special cameras, and now California has followed suit with its own regulations that aim to kill the appealing zing of internal combustion for good.

The state of California has officially approved a five-year automated enforcement pilot program that aims to punish vehicle owners with loud exhausts. If given the green light by Governor Gavin Newsom, the program will go into effect from January 1, 2023, and will be enforced in six yet-to-be-disclosed cities across the state. There is good and bad news for lovers of the loud: the actual threshold for loud car exhausts will remain the same at 95 decibels, but the manner in which the law is enforced will change. California will adopt a "sound-activated enforcement system" which is simply a sensor that activates when it hears a loud noise, and then takes a picture of the offending vehicle. The technology is still in its infancy, and there remain doubts regarding its ability to pinpoint offenders in traffic (except if you're the dude driving the purple Subaru WRX with the Eiffel Tower as a rear wing). 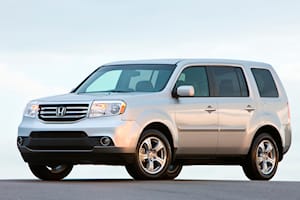 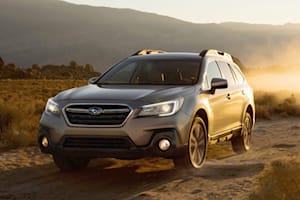 The SB 1079 bill will force lawmakers to fix signage in areas where certain sound levels are enforced, and first-time offenders will not be charged. To make it easier on drivers, city governments will have to offer fine waivers for low-income car owners, as well as payment plans and deferment options. Specific roads are yet to be earmarked for the new program, and fine amounts are to be set, but if California follows New York, drivers can face fines of up to $1,300. According to California State Senator Anthony Portantino, money generated from this program will be used for ": traffic calming infrastructure". Many high-performance cars such as the Dodge Challenger Hellcat and McLaren 720S Spider already break the law in stock configuration, so expect to see a jump in the sale of variable-valve exhaust systems in the Cali area soon.