Set to be introduced at the Geneva Motor Show, this is the most powerful C-Class in the world. Dubbed the Brabus Bullit Coupe, the car is based on the standard C-Class Coupe but under the hood lies the V12 powerplant found in the S-Class. With displacement increased from 5.5- to 6.3-liters and a pair of upgraded turbochargers the Bullit packs 800hp and an electronically-limited 811lb-ft of torque. If it wasn't held back there would be a colossal 1,047lb-ft to play with, although the transmission would likely collapse. 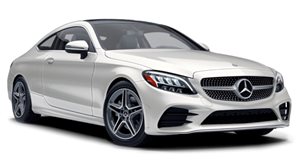