Buick Has Big Plans For Its Newest Model In America

The Encore GX could become its next best-seller.

For the past several years, the Buick Encore subcompact premium crossover has been the brand's best-selling model in the US. But instead of waiting for the aging Encore's sales to take a hit against new and better competition, Buick is taking the initiative. The new for 2020 Buick Encore GX is currently being positioned to become its new top-seller thanks to a smart and confident strategy, according to Automotive News.

"We're really focused on that space right between the premium small-SUV space and the lower end of the compact-SUV space," said Buick marketing manager Rob Peterson. To compare, the Encore GX is larger than a Subaru Crosstrek but smaller than a Ford Escape. "We think that we've got the right product to kind of squeeze in there and grab the necessary volume for Buick to be successful," he added.

The Encore dates back to 2013 and was updated for the 2017 model year. Buick hasn't commented on its future status, but given the Encore GX's arrival, it doesn't make much sense for the brand to eventually offer a direct Encore successor. The Encore GX is already that model, but it's also possible Buick may one day introduce an even smaller crossover.

With a starting price of $25,095, including shipping, the Encore GX is just around $900 more than the Encore. Not surprisingly, many Encore GX owners originally planned to buy an Encore, but the newer crossover caught their attention instead. Younger buyers between the ages of 25 to 40 have shown particularly great interest, the exact demographic Buick is aiming for.

Buick has found that many customers have been willing to spend a little bit more in order to have a slightly larger crossover packed with more tech features. Another key factor working in the Encore GX's favor is its name; it was no mistake on Buick's part to keep the Encore name around. But why keep both vehicles in the lineup? Because Buick believes there are still enough buyers who want to stick with the brand but prefer to spend as little as possible.

The Encore was Buick's best-seller for the first half of this year, but this changed in June when the Encore GX reached the top spot. Chances are it'll remain there and sooner or later Buick will begin phasing out the Encore. 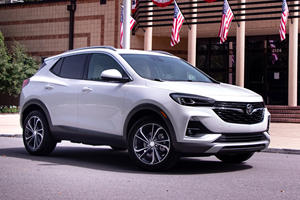 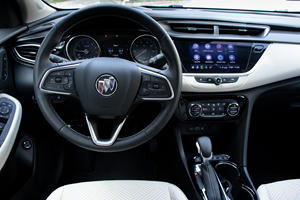 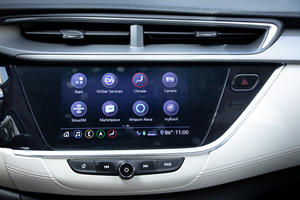 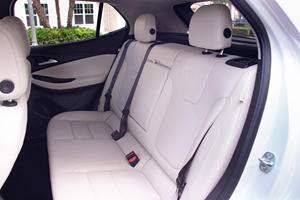 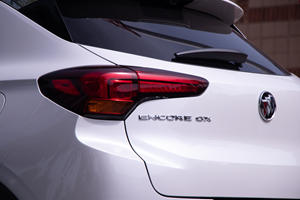