Buick is preparing to debut their latest entry in the luxury crossover segment at this year's Detroit Auto Show.

We're only about a week away from when the doors open at the 2012 Detroit Auto Show and Buick is making sure everybody knows they have something important to reveal. As we've previously reported, Buick's new crossover, called the Encore, will be making its official debut at the show. And from what we've seen so far, it looks very much like a smaller Enclave. In this latest quarter piece photo, we can now see the Encore's front fascia with its trademark waterfall grille and projector headlights.

After its debut, Buick says the 2013 Encore will be in dealerships later this year, with the clear goal of establishing a foothold in the ever growing small luxury crossover segment. We'll have complete details about the new Encore in just a few days from Detroit. 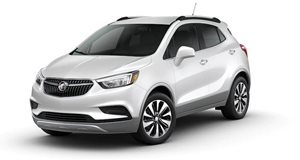