Following the debut of the Cadillac Lyriq, the premium carmaker has plans to back its elite SUV up with the Celestiq as a flagship sedan offering. We're already aware that this will form part of its aggressive all-electric strategy, which it aims to consolidate by 2035. But now we have an idea of what level of safety will be attached to the product, among other key bits of information.

Speaking at the GM keynote at this year's Consumer Electronics Show, company CEO Mary Barra noted that the Cadillac's current Super Cruise package has been so popular with its customers that it will soon be evolving the system to the Ultra Cruise package that promises a hands-free door-to-door driving experience.

Ultra Cruise will debut as an offering to its products next year and has been described as the next big step in GM's journey. Barra describes the new system as a game-changer as it aims to take driver-assisted technology to the next level. The system will be mapped out to cover about 95 percent of driving scenarios including city streets, subdivisions, rural areas, and highways.

Eventually, the product will expand to every road throughout the USA and Canada. Barra adds that, as a technological piece of equipment, the Ultra Cruise system will be pretty impressive as well. Built-in conjunction with Qualcomm, the computer's architecture measures the size of two laptops placed atop one another and is supported by a Snapdragon Ride 5nm processor.

GM hopes that Ultra Cruise will eventually become the premier driving assistance system available to the market in both capability and safe operation. Barra confirmed that the Ultra Cruise system will be featured in the Cadillac Celestiq, making it one of the first vehicles to feature the system.

She added that the flagship sedan will be a true halo for the brand "in every way." It has been described to embody Cadillac's "commitment to reimagining the artful integration of design and technology."

The product will be limited to exclusive volumes and that each model will be hand-built and tailored to each owner's preferences. Barra concluded that more information regarding this product will be revealed in the first half of this year. 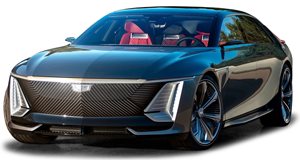