Cadillac XTS Shows Up Early by Mistake. We Caught that Mistake

Cadillac briefly let slip a photo of their new XTS that is scheduled to debut at next week's LA Auto Show.

Cadillac, thinking today (and not next week) was the start of the 2011 Los Angeles Auto Show, prematurely released a photo of their new production-spec 2013 XTS. The gorgeous sedan first appeared at the Detroit Auto Show in 2010 as the XTS Platinum concept, and looks quite similar to the production version that appeared on the website. The gaffe has allowed us to take a closer look at the XTS, which appears to be a bit lighter and leaner version of the concept version.

The front-end is shorter and thicker as well. When it debuts at the LA Auto Show next week, we will be able to confirm whether Cadillac's new sedan will be powered by the much-rumored V6 or not. We will also find out the whether it will run a FWD or AWD configuration and whether the rumored twin-turbo V6 will be affixed or not. 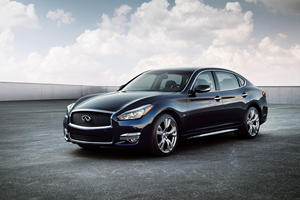