And it'll be piloted by racing legend Sarah Fisher.

Sarah Fisher is the fastest woman in Indianapolis 500 history. Fisher started the Indy 500 a total of nine times between 2000 and 2010, a record for female drivers at the event. Moreover, her fastest four-lap quali speed of 229.439 mph is still the fastest ever for a female driver. Oh, and she's also the first woman to ever win the pole position for a major North American open-wheel event in IndyCar. She's also owned an IndyCar team and is one of three women to ever drive an Indy pace car. In short, Fisher has a very impressive resume.

So, we really can't think of anyone more fitting to drive the Chevrolet Corvette Z06 pace car at this year's Indianapolis 500. She's going to do just that.

"Driving the Pace Car is just as special of an honor. And to have served in that role for the NTT IndyCar Series since Johnny Rutherford retired, I've had many great memories to add to my career," Fisher said.

In many ways, this is a part of a long-standing tradition. The Corvette has been the pace car for the 500 for nearly as long as we can remember. Last year, it was the convertible Corvette you see below. The year before that was the first production year of the C8 Corvette. In all likelihood, this is also going to be the fastest pace car to lead the Indy 500 as well. The newest Z06 does make 670 hp from a flat-plane V8, after all.

Unfortunately, there isn't any word on whether this example will be tuned up to keep up with some of the fastest racing cars out there. There is, however, a special livery for the pace car, just like there is every year. This year's car features a stripe package that "draws inspiration from the 70th Anniversary Edition badging on the door of the Z06." 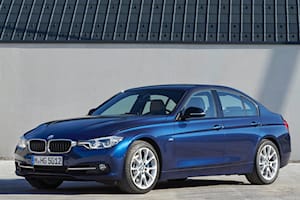 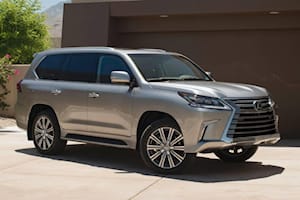 It's fitting that this car (and this driver) is the one hitting the track when the flag drops on May 29. According to Indy officials, Chevrolet and Corvette have led the field more than any other manufacturer and nameplate combined. For 2022, the race marks the 33rd time Chevy will pace the historic race, dating back to 1948.

With any luck, we'll catch some driving impressions of the new Z06 as well. Drivers have occasionally given their thoughts on pace cars through the event's history. For that, we'll have to wait until after the winner gets their trophy.