The moment of truth has arrived for American fans of the TT RS, of which there seem to be quite a few. Audi did a very cruel thing by not offering the TT RS in North America when it was first launched, but thanks to an internet-based outcry, Audi has now brought us this ultimate TT. It makes its North American Debut at Chicago this week, and it is then scheduled for an appearance at the Canadian International Auto Show.

The reason for all of this excitement is pretty easy to understand. The TT RS is powered by Audi's new 2.5-liter turbocharged five-cylinder engine. It produces 335 horsepower and 332lb-ft of torque, enough to get the TT RS up to 60mph in just 4.6 seconds. Let's just be clear on this, it's a TT that gets to 60 faster than a Porsche Cayman S. That's a hell of a thing. 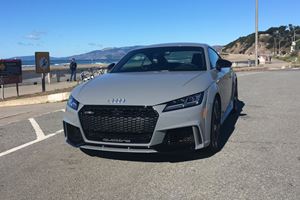 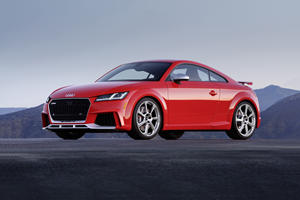