China's EV Industry Is On The Verge Of Collapse

Blame it on the same thing that made EVs so big in China in the first place: a government crackdown.

On the surface, China's ramp-up of electric car production looks like a good thing for the country's bottom line. Like it or not, electricity will likely be the energy that powers the car of the future. And if China can become the world's leader in EV technology while simultaneously removing pollution from its skies, then the country's push towards electrification seems like a win-win, right? Well, that's not entirely the case.

As Bloomberg outlines in a new report, China's enthusiastic dive into the world of electrification has a downside. It centers around the fact the push for electric cars has led around 486 EV startups to enter the race to become the next big thing in the auto industry. The problem with having so many players in that market is that it fractures research and development efforts, which could ultimately slow progress.

But what could be worse is the potential economic fallout from the impending collapse of the EV startup bubble. Think about it. Of the 486 contenders, there can only be a handful of winners. And the collective impact of the fall of the losing companies - the hundreds of EV startups that'll go bankrupt - could end up causing an economic crash similar to the Dot Com bubble.

That's why anonymous sources with knowledge about the Chinese government have come forward to reveal that China is drafting new rules to prevent many of these EV startups from coming to market with a product unless they can prove they have what it takes to succeed. The aim is to thin the heard of EV startups early so the fallout isn't as bad later on as well as to discourage potential new EV manufacturers from joining the race unless they have a serious chance of success. 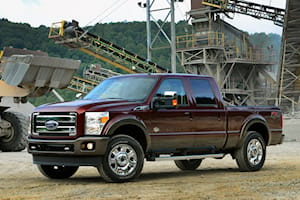 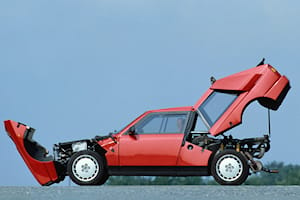 9 Automotive Firsts We Take For Granted

So how will the Chinese government go after these startups? By exploiting their biggest weakness: the fact most of them don't have a product on the market yet. Since getting a high-quality production EV out to market is a lot harder than it seems (Tesla, Audi, Porsche, Mercedes, and BMW have all underestimated the difficulty of the job), many Chinese EV startups outsource production to other automakers.

To put a damper on that, Chinese regulators are set to add a rule that bans startups from outsourcing production unless they've invested at least 4 billion yuan ($580 million) into R&D in China over the past three years, have sold at least 15,000 pure-electric passenger vehicles globally over the past two years, and have capital that potentially amounts to billions of yuan. So what does that mean for us? It means we'll hear obscure Chinese EV companies make outlandish claims about their concept cars a lot less than we currently do. 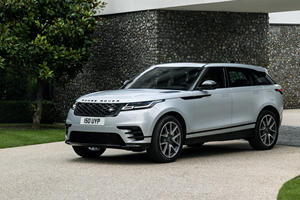