Chrysler Please Revive The Crossfire, But Do It Right This Time

A true Corvette competitor could help FCA compete against GM.

Back in the early 2000s, Chrysler was partnered with Daimler-Benz. The results of this partnership can still be seen today with the Charger and Challenger, which are based on an older Mercedes E-Class. While some of these Daimler-Chrysler products are still popular, others have died off. We think that one model in particular deserves to be brought back, and that's the Crossfire. You may not remember the Chrysler Crossfire, but we want to remind you what made Chrysler's only sports car so awesome. Now is the perfect time to revive the Crossfire.

The Chrysler Crossfire was a two-seater, RWD sports car that was sold from 2004 to 2008. It was available as a coupe or convertible and shared 80% of its components with the R170 Mercedes-Benz SLK. Even though the car wore a Chrysler badge, you were basically buying an affordable German sports car. The standard engine in the Crossfire was a 3.2-liter V6 engine that produced 215 horsepower and 229 lb-ft of torque. This model wasn't particularly powerful, but it could hit 60 mph in 6.4 seconds with the six-speed manual. There was also a more powerful SRT-6 version with a 3.2-liter supercharged V6. This bumped the horsepower up to 330 and the torque up to 310 lb-ft.

The SRT-6 was not available with a manual transmission, but the five-speed automatic was good for 0-60 in just 4.8 seconds. Basically, this version of the Crossfire was the same as the Mercedes-Benz SLK32 AMG. We know now that the Crossfire wasn't a sales success, but we think that now is the perfect time for FCA to revive this awesome model. Chrysler's current lineup only includes the 200, 300, and Pacifica. If Chrysler wants any chance of staying relevant, it has to prove that it can actually build an exciting car. The FCA group recently killed off the Dodge Viper, so the new Fiat 124 is the only two-seat sports car in the FCA lineup (unless you count Ferrari).

The Fiat 124 is all well and good, but we think that the FCA group needs a sports car that is closer to a Corvette rival. The 124, even in Abarth trim, only makes 164 horsepower. The Crossfire could easily make use of the rumored twin-turbo Pentastar V6. This new engine will likely feature direct injection and produce around 400 horsepower. Dodge should be replacing the aging Charger and Challenger with a new generation soon, so building a shortened version of the platform for the Crossfire could be well-timed. If Dodge can roll out its new engine for the Crossfire, as well as a new chassis, it can avoid making the same mistakes as it did with the original Crossfire.

We loved the original Crossfire, but it is hard to deny that it was out-of-date, even when it was brand-new. The R170 SLK (on which the Crossfire was based) came out back in 1996. That meant that as late as 2008, Chrysler was selling a German car that was developed more than 20 years earlier. The SLK32 AMG did last until 2004, but that is still four years earlier than the Crossfire went out of production. We think that if Chrysler were to revive the Crossfire, this time it should make sure that the car is actually ahead of its time. By giving it a new engine and a new chassis, Chrysler could make sure that the Crossfire is a surefire success. 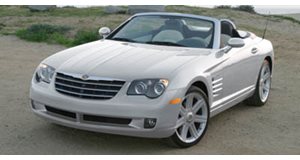