Expect this one to be a big seller.

The outgoing generation BMW 4 Series Gran Coupe never spawned a hot M variant despite many clamoring for one. Supposedly, BMW didn't want an M4 Gran Coupe to take sales away from the standard M3 sedan. Internal competition is never a good thing. However, business is business. As the next BMW 4 Series enters final development, new information has come out confirming the full lineup of the G22 generation.

Previously a rumor, Autocar has confirmed with BMW that there will, in fact, be an M4 Gran Coupe that will be sold alongside the new M4 Coupe and M4 Convertible. A standard 4 Series Gran Coupe will also be sold, as well as an M Performance model. The also upcoming BMW i4 will essentially be an all-electric version sporting several unique styling traits. It may be even more powerful than the M4.

Why did BMW M have the change of heart here? For one specific reason: the Audi RS5 Sportback.

Up until recently, the RS5 was only sold as a coupe and convertible. Plus, the overall popularity of the original 4 Series Gran Coupe in both North America and China convinced BMW management in Munich that an M variant was needed. And because the entire 3 and 4 Series range share a common CLAR architecture, additional body styles such as this aren't terribly hard or expensive to do.

Like the upcoming M3 and M4, the M4 Gran Coupe will come powered by a twin-turbocharged 3.0-liter straight-six, known internally as S52, with somewhere in the neighborhood of 473 horsepower and 443 lb-ft of torque. This is the same engine found in the recently launched BMW X3 M and X4 M SUVs. Like the M3, a six-speed manual will be available with rear-wheel-drive.

However, BMW expects a majority of buyers to opt for the AWD-automatic gearbox variant. Also expect for the new M4 Competition to up both performance and power with at least 503 hp on tap. It too will feature BMW's xDrive four-wheel-drive system that's found in the current M5. In general, you can think of the new BMW 4 Series lineup as a smaller and less expensive alternative to the 8 Series. The 4 and 8 Series will have mirroring lineups consisting of three body styles each with full-on M versions.

So, will the M4 Gran Coupe, which is set to arrive in 2021, lure away M3 customers? It's certainly possible. 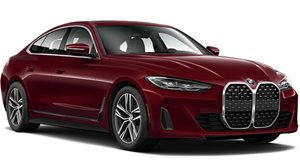 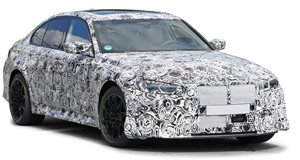 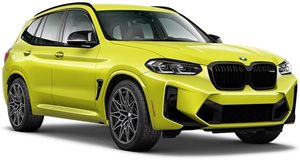