We would have guessed these would be the names but now we have proof.

CarBuzz sleuths have uncovered a massively exciting prospect for truck and EV lovers alike - the beginnings of an electrified Ford Ranger and Maverick. The Blue Oval recently filed to trademark both names with the European Union Intellectual Property Office (EUIPO) overnight, giving us confirmation that new electric trucks are on the way.

So, what are these battery-powered pickups going to be called? It seems they will follow in the larger F-150's footsteps and adopt the Lightning nomenclature. The trademark, as seen below, shows these future models will simply go by the names Ranger Lightning and Maverick Lightning.

We've known for some time that electric variants were in the pipeline, but this is the first official step on Ford's behalf. Last year, CEO Jim Farley suggested an all-electric Maverick is a real possibility. "[I] could envision producing a family of Maverick variants, including an electric model," the Ford boss revealed.

Further clues came earlier this year, at the official launch of the F-150 Lightning. The electric truck had its thunder stolen when the CEO aroused the curiosity of attendees. He suggested another electric truck "that's different from the F-150" is already undergoing testing. "We said very clearly we want to be the leader in electric pickup trucks."

This is most likely the all-new electric version of the Ranger. We don't expect the midsize offering to produce quite as much power as the Extended Range F-150 Lightning, but it's very possible that the lighter truck will utilize the Standard Range setup, with 452 horsepower.

Both the Ford Ranger (and the VW Amarok) are expected to go electric by the end of the decade. Can we expect an electric variant soon? It's possible, but the Ranger Lightning could also be the hybridized variant that Ford has previously promised.

Of course, the Maverick is already available as a hybrid which suggests any Lightning-badged variant will debut as a battery-powered vehicle. We anticipate this will most likely arrive in time for the pickup truck's mid-life refresh, and will possibly utilize some of the electric motor setups found in lesser Mustang Mach-E models.

As for when these electric pickup trucks will arrive, we're not sure. All we know is that Dearborn is not messing around when it comes to electrifying its popular pickup range. If the success of the F-150 Lightning is anything to go by, we're anticipating the battery-powered Ranger and Maverick models will sell like hot cakes - if Ford can get the pricing right, of course. 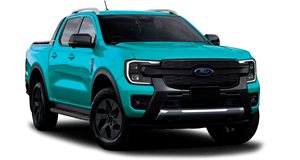 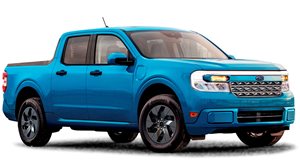 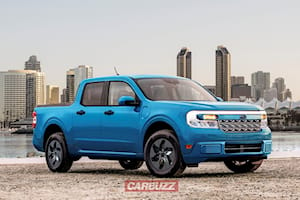 Model Overview
2024 Ford Maverick Lightning Overview: Future Best-Seller?
An electric pickup with a low price could win over many Americans. 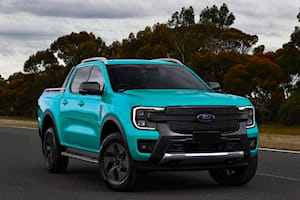