The engineering prototype will be unveiled later this year.

Earlier this year, Bentley bid farewell to its L-Series 6.75-liter V8 engine that remained in continuous production for an astonishing 61 years. It departed in unison with the brand's Mulsanne sedan, but fortunately, greatness can sometimes be brought back to life.

Last year, Bentley announced that one of its most iconic cars, the 1929 Bentley 4½-litre "Team Blower", would be reincarnated with a continuations series of 12 new examples. Bentley recreated the classic racer digitally earlier this year and has now begun assembly of an engineering prototype, known as Car Zero, for what it says is the first pre-war Continuation Series in the world.

This will be the first 'new' Bentley Blower to be built in over 90 years, produced to the specifications of the 1929 Bentley Team Car. Bentley says that the first parts to arrive were some of the car's key components; these include the chassis, the radiator, and the gas tank.

The distinctive round headlights also arrived and appear rudimentary but charming alongside the extravagant LED DRL-infused clusters we're so used to seeing on modern vehicles. Importantly, the first engine arrived with the Amherst Villiers roots-type supercharger, which was developed by the engineer of the same name.

Like other modern Bentleys, the 12 customers will be able to select trim and color specifications to suit their tastes.

Bentley enlisted a multitude of specialists to assist in producing the components, such as 200-year-old Israel Newton & Sons Ltd. that created the heavy-gauge steel, hand-formed, and hot riveted chassis. Bentley has gone so far as to apply period-specific paint to this chassis.

"After almost a year of highly detailed engineering work, it is extremely rewarding to see the first parts coming together to form the first Bentley Blower in over 90 years," said Tim Hannig from Bentley Mulliner. "We're all really excited to get this first car finished, and to show it to the world later this year." Car Zero will make its initial public appearance sometime in the fall. 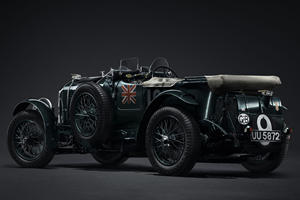 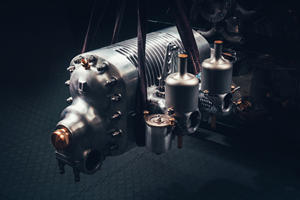 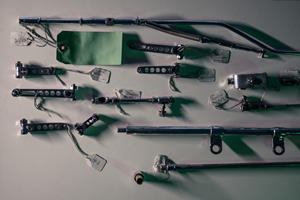 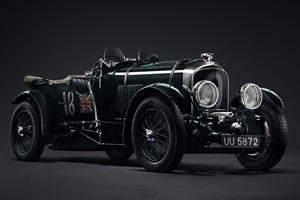 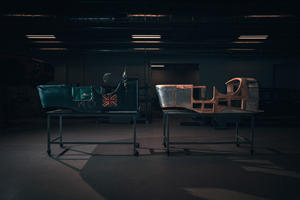