Someone has some explaining to do.

Disaster struck this week when a Ford F-350 Super Duty towing a trailer carrying two brand-new 2020 Ford Mustang Shelby GT500 muscle cars jackknifed on a highway in Detroit, causing the trailer and the two cars to flip onto their sides.

Details about the accident were scarce at the time, but The Drive has uncovered some new photos of the accident and confirmed the identity of one of the owners. It turns out the Grabber Lime Shelby Mustang GT500 that was damaged in the crash was built for a Ford family member. That unlucky truck driver is going to have a lot of explaining to do, as this situation couldn't get any more embarrassing.

UPDATE: A Ford spokesperson has informed CarBuzz the GT500 involved in the accident was, in fact, not owned by a Ford family member. It was on it's way to another customer. 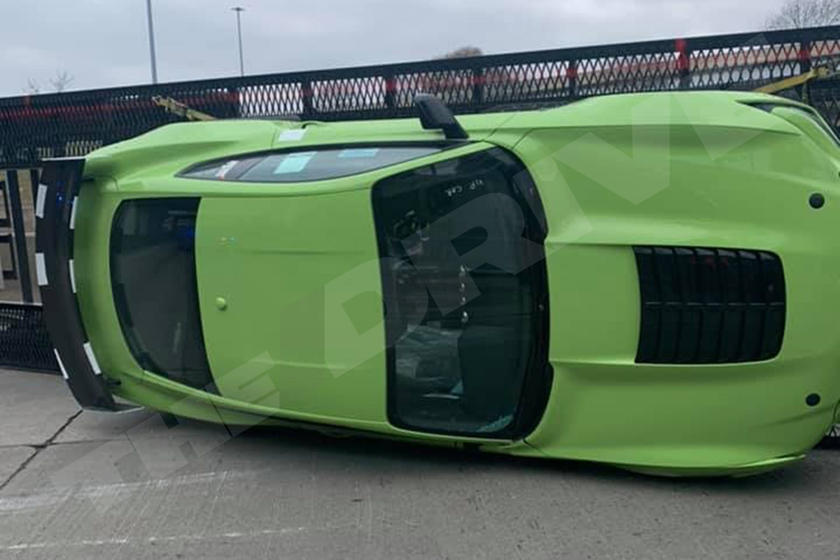 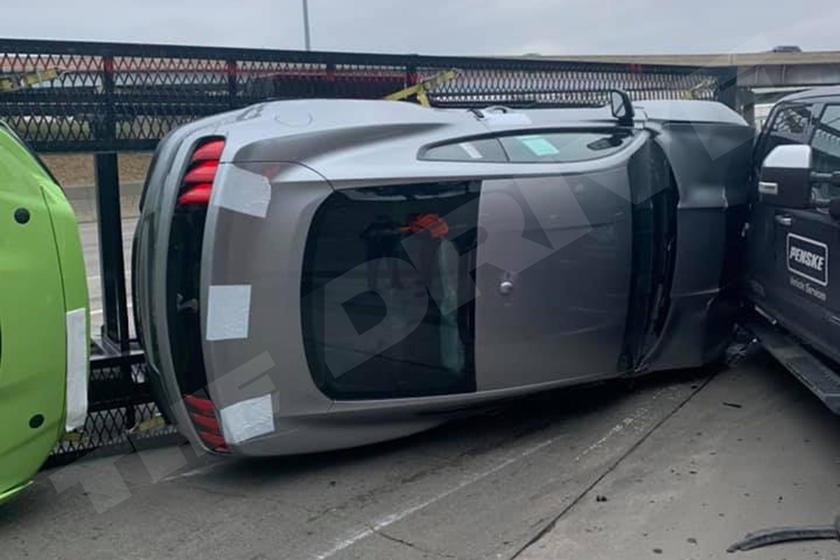 A source who works in the Detroit trucking industry confirmed to The Drive that the green Shelby GT500 is "a custom build for a close family member of Martha Ford", the widow of Henry Ford's grandson, and owner of the NFL's Detroit Lions. Martha Firestone Ford is also an heiress to the Firestone Tire fortune, and her son William Clay Ford, Jr. is currently the executive chairman of Ford Motor Company.

The Drive was able to confirm the car was built for one of her grandsons, who will now have to wait a bit longer to get behind the wheel of their new GT500. Authorities believe the crash was caused by excessive speed and an improperly balanced load. The 2020 GT500s were fresh out of the factory and were being transported from Ford's Flat Rock assembly plant. 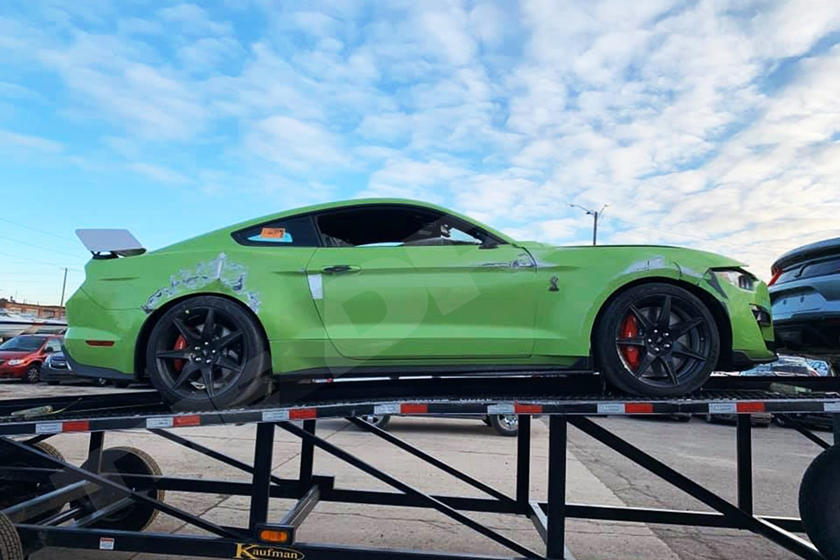 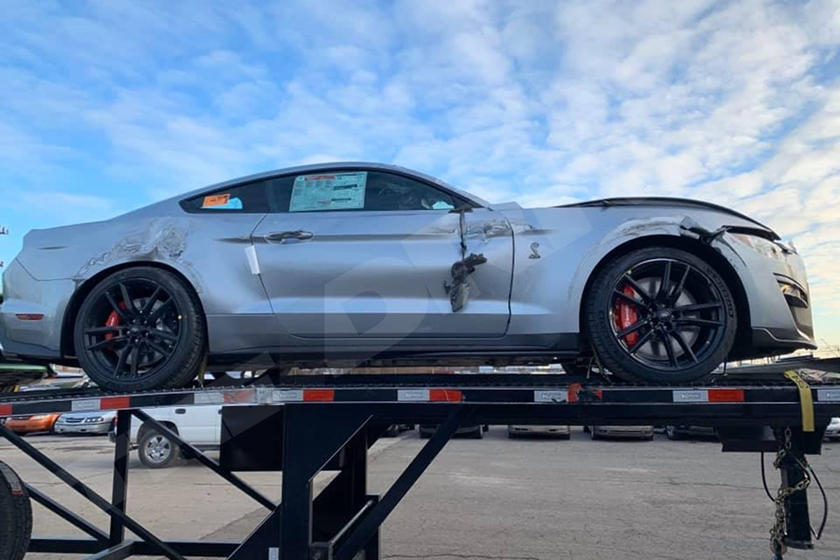 New photos also give us a clearer look at the damage. Both cars were still strapped to the trailer, which prevented them from rolling over during the crash. However, the hard landing still caused damage to the side fenders and paintwork, and the silver example also smashed into the pickup, crunching the front end. Both cars also probably suffered suspension damage, so the repairs won't be cheap.

According to the source, both cars are currently in an indoor storage facility and will be inspected by an insurance adjuster. If Ford decides to scrap them, two heavily discounted Shelby GT500s could be looking for new owners in salvage auctions. 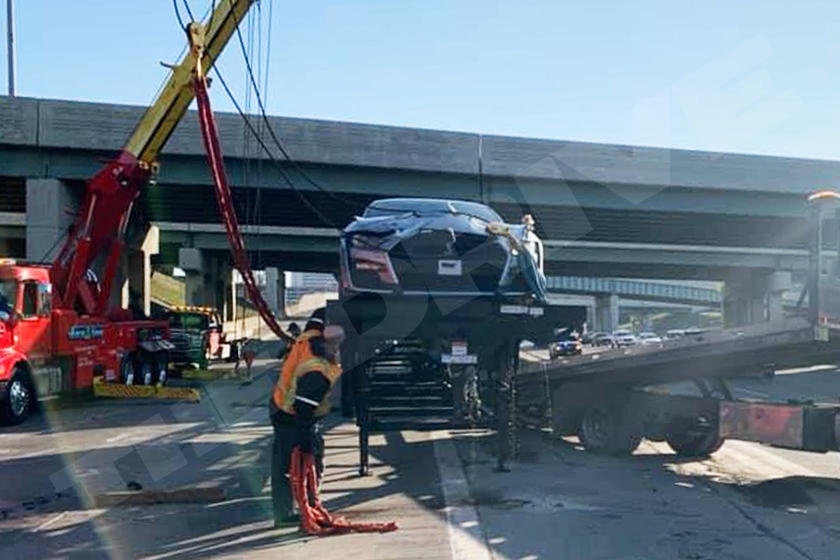 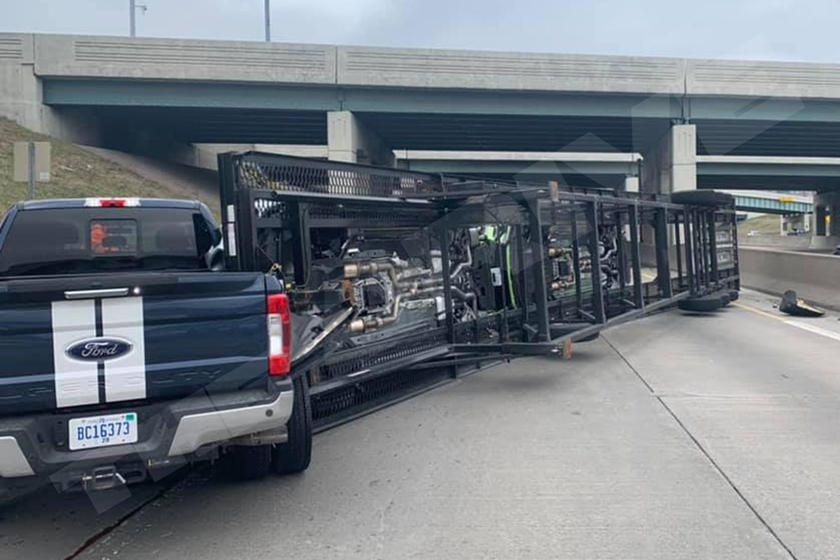 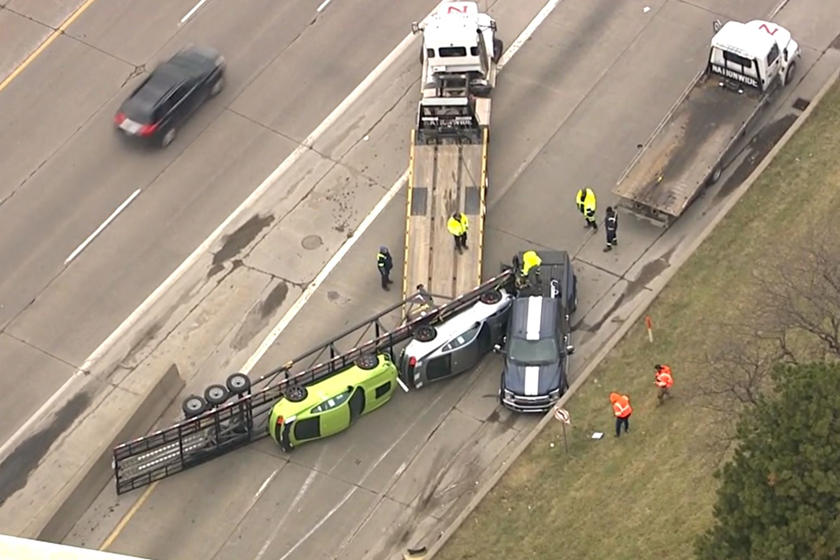 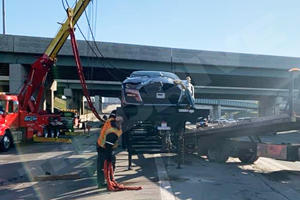 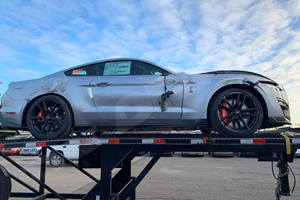 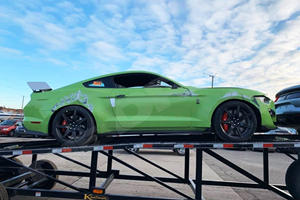 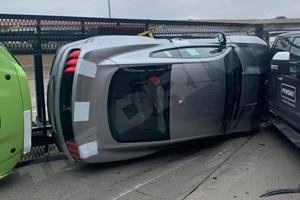 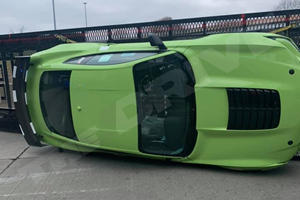