Demand For The Dodge Hornet Is Already Through The Roof

As it turns out, people want a crossover that cares more about performance than being green.

Dodge has finally re-entered a hugely popular segment with the Hornet, a compact SUV promising plenty of performance and style. Based on the same platform as its upmarket Italian cousin, the Alfa Romeo Tonale, it's shaping up to be a rather impressive little offering - especially when you consider the low starting price of less than $30,000.

So it comes as no surprise that Dodge has already received 14,000 pre-orders for the Hornet. This not only reinforces the popularity of compact SUVs but underlines the demand for performance-minded alternatives with plenty of attitude and personality. CEO Tim Kuniskis has said he's confident Dodge will be able to shift 40,000 units annually. With the 14,000 pre-orders in mind in just over a day since its reveal, it seems the automaker may exceed that estimate.

And it's not just the range-topper who can boast impressive performance figures. A 6.5-second sprint to 60 mph has become fairly commonplace among hot hatches. but is still considered rather brisk in this class, particularly for the entry-level Hornet GT. The turbocharged 2.0-liter, four-cylinder engine has plenty of pokes, with outputs of 268 horsepower and 295 lb-ft of torque.

As Dodge is keen to point out, this makes this sub-$30,000 compact SUV more powerful than the Pentastar V6-powered Challenger and Charger models. This won't matter to many Dodge fans, though. For many, a Dodge without a V8 isn't worth the metal it's made out of. But the Stellantis-owned brand is going after an entirely new demographic; with young families demanding more space. However, instead of alienating its fans and focusing on gas mileage, Dodge wants to make this practical segment fun.

Blending these requirements with appealing factors such as performance, style, and, importantly, value for money will allow customers to purchase something with both their heads and heart. Dodge is catering to a wider audience by now offering a plug-in hybrid - a first for the brand - in the Hornet R/T, which boasts a 1.3-liter turbocharged engine with a rear-mounted electric motor.

Not only do you get even more power (288 hp) but a claimed all-electric range of 30 miles. A nice benefit of this hybrid motor is improved performance - 0 to 60 mph is dispatched in 6.1 seconds. There will be plenty of scope for personalization, too, meaning your future Hornet won't get lost in a sea of dreary crossovers.

While the Hornet is the start of a new era for the brand, it isn't forgetting where it came from and will pay homage to its much-loved muscle cars before they bow out entirely.

The Durango SRT Hellcat has returned for 2023 and the brand will capitalize on nostalgia with several limited editions of the Challenger and Charger, historic paint shades, and a special model described as the "last of its kind." The Hornet is the first of many electrified offerings and should introduce the brand to an entirely new customer base.

Sadly, the V8-powered Dodge muscle car will soon be relegated to the history books. But not all hope is lost. The new Charger Daytona SRT Concept has given us a glimpse into the future of Detroit muscle and, we must admit, it looks promising. 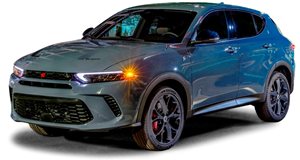 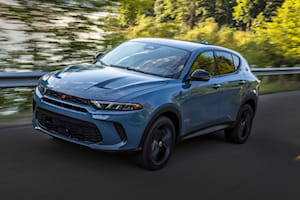