The brand has 20 new models coming.

Toyota just pulled the wraps off its latest flagship SUV, the 300 Series Land Cruiser. The V8 engine is gone, making way for two turbocharged V6 motors powered by gasoline and diesel. The gasoline V6 dishes out 409 horsepower and 479 lb-ft of torque, while the diesel engine delivers 304 hp and 516 lb-ft of torque. Sadly, neither engine option is coming to the United States, as Toyota decided to discontinue the nameplate due to slow sales. While the Land Cruiser may not officially arrive stateside, it will come in another form.

Toyota has already said the next-generation Lexus LX (based on the Land Cruiser) would come to the US. In fact, Lexus may have already previewed this new model during the recent reveal for the all-new 2022 NX crossover.

During the press conference to present the NX, Lexus showed off its new crossover sitting next to a second vehicle hidden under a cover. At around the seven-minute mark in the video, we see this upcoming Lexus product sitting next to the fully-revealed NX.

This new model is clearly much larger than the NX (or even an RX), meaning it might be the upcoming LX (or possibly GX) successor. Unfortunately, we don't know much about this new SUV, other than it will ride on the same TNGA-F platform used by the Land Cruiser and use the same turbocharged V6 mated to a 10-speed automatic transmission. The upcoming model could go by the name "LX 600."

"Remember, this is just one of 20 new products on the horizon, half of them electrified," Lexus said of the new NX. "We have another new product coming later this year. Who knows? We may even have a different kind of surprise as well, so stay tuned."

As we approach the halfway mark of 2020, we could see the next-generation LX revealed soon. Lexus will have several upcoming US auto shows (including New York in August and LA in November) to choose from to reveal this highly-anticipated model. 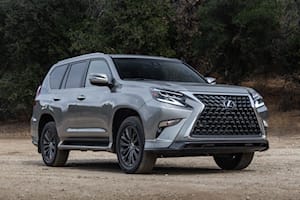 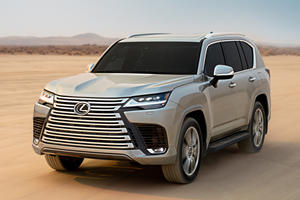