Discover What Inspired The Koenigsegg Gemera And Polestar Precept

Koenigsegg And Polestar bosses meet up for fascinating chat.

Although automotive collaborations are nothing new, it's a rare opportunity to see two rival bosses in the same space having an entirely amicable chat and ogling over each other's products. Maybe it's just a Swedish thing, but that's what happened when the creators of the Koenigsegg Gemera and the Polestar Precept Concept got together recently. At the start of this month, the two brands shared an Instagram post of the cars filmed together, indicating a collaboration of sorts from the two Swedish manufacturers.

We later found out that a promotional video featuring the two cars would be released on June 25, but it appears this video has come early as the two CEOs - Thomas Ingenlath of Polestar and Christian von Koenigsegg - met up in Sweden.

Each CEO was joined by their respective design heads. "In person, it looks a lot more sculptural than on the photos," comments Sasha Selipanov, Koenigsegg's Head of Design, when first setting eyes on the Precept. Ingenlath's first impression of the Gemera was a lot more comical. "Well, subtle is not your business really," he quipped to Koenigsegg.

The four then sat down for a more extended chat about the cars and their design philosophies, without actually shedding any light on whether an official collab was in the pipeline. "Being a huge behemoth is not necessarily such a big advantage anymore," said Koenigsegg, in a not-so-subtle dig at more established, mainstream automakers.

Back on design, Selipanov explained how the shape of the cars are possible thanks to modern electrified drivetrains that can be spread throughout a car, instead of having one big lump in front or in the middle.

Koenigsegg's closing comments about creating "insane" vehicles that he admits are irrational but which inspire people to fulfil even their wildest dreams are especially inspiring. Well, almost as inspiring as the Gemera's raw numbers: 1,727 horsepower from a three-cylinder engine and three electric motors, and 0-62 mph in 1.9 seconds. At this point, less is known about the performance potential of the Precept Concept, but from a design perspective alone, it's exquisite.

All in all, while the 16-minute video may give little insight into a potential collab or any upcoming models, it's a fascinating look into the deeply creative minds that have given us two truly special four-seat sports cars that are set to disrupt the status quo. 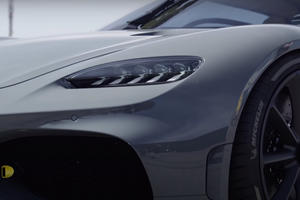 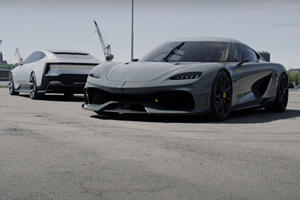 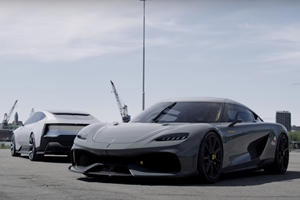 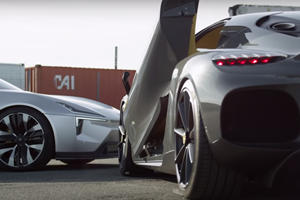 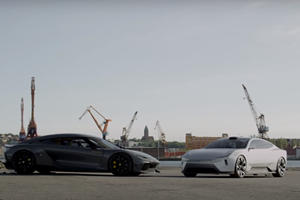