The Brotherhood of Muscle still has a future in Dodge's EV plans.

Earlier month, Dodge made an announcement that surely made some muscle car enthusiasts seethe. While the brand is best known for its insanely powerful, tire-smoking V8 muscle cars like the Dodge Challenger SRT Super Stock, 2024 will mark the launch of the first all-electric Dodge muscle car.

Details were scarce during the announcement, but the electric muscle car will likely be sold under a new eMuscle sub-brand. But what does this mean for the future of the Dodge Charger and Challenger? During a conference call, Stellantis CEO Carlos Tavares was asked if the Dodge Viper has a future as an EV. 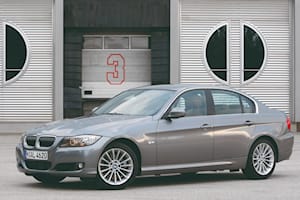 The teaser video gave us a sneak peek at the design cues that will distinguish the electric muscle car from its combustion counterparts, including an illuminated logo resembling the Fratzog design used in the 1960s and 1970s. Underpinning the electric muscle car will be one of four new electric Stellantis platforms that offer ranges between 300 and 500 miles.

The instant power and torque of electric motors will also offer even crazier levels of performance than the combustion-powered Challenger and Charger. That's no small feat considering the Challenger SRT Hellcat already has 807 hp to play with.