Does it sound hard to believe for anyone that "Ferris Bueller's Day Off" is now celebrating its 30th anniversary? Well, it does for those of us who are old enough to remember, at least somewhat, when it came out back in 1987. Domino's Pizza is also celebrating the iconic John Hughes' movie with its own re-enactment tribute in this new commercial. Look carefully and take note of who's driving the Audi this time. Yep, that's Cameron, specifically actor Alan Ruck. Heck, he's even wearing the same Red Wings hockey jersey.

And no, it's not the old Audi 5000 from the movie, but the modern A4. For those of you who are true fans of the movie, you'll notice actor Joe Keery, from the Netflix series "Stranger Things," doing his best Ferris Bueller imitation at the same location and house used in the movie.

Aside from marking the movie's anniversary, it was also a way for the pizza chain to promote the Domino's Tracker app. As for the delivery car itself, it's a Chevrolet Spark with a custom Domino's Pizza paint job. Also worthy of note is that Audi wasn't involved in the commercial itself, but it was more than happy to see the A4 featured, stating in a Twitter post "We'll gladly take our royalties in domino's pizza." And no, the fiberglass-bodied, Ford Mustang chassis replica 1961 Ferrari 250 GT California isn't present. It's still at the bottom of the ravine. 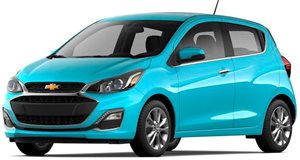 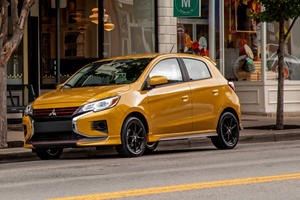