Some people may not think an SUV could possibly stand a chance in a drag race against an established sports car like the Porsche 911, but we now live in a world where sports SUVs offer unprecedented performance. In a new video, we get to see the all-wheel-drive BMW X3 M Competition battle the rear-wheel-drive 2020 Porsche 911 Carrera S 992 in a series of drag races. Let's see how the specs stack up.

Powering the new 911 Carrera S is a 3.0-liter flat-six engine producing 443 horsepower and 390 lb-ft of torque, paired with an eight-speed PDK automatic transmission that sends power to the rear wheels.

To give the X3 M a better chance, some modifications have been made under the hood. By installing a stage 1 tuning kit from BM3, this modified X3 M Competition can run E30 fuel, increasing the output to 650 hp at the crank and around 600 hp at the wheels.

While the BMW X3 M has more muscle, the Porsche 911 Carrera S is considerably lighter, with a curb weight of just under 3,400 pounds - that makes it around 1,200 pounds lighter than the beastly BMW X3 M.

In a rolling start from 30-150 mph, the modified X3 M obliterates the Carrera S by a considerable margin. However, when the Carrera S is given a head start, it beats the X3 M Competition, but it's an incredibly close finish as the X3 M quickly catches up. To crown a winner, both cars battle it out in a 0-150 mph drag race from a standing start. Thanks to a simple engine modification and superior traction, the all-wheel-drive X3 M competition was able to leave the Carrera S for dust. The Carrera S put up a fair fight, but it was no match for the sheer brawn of the X3 M. 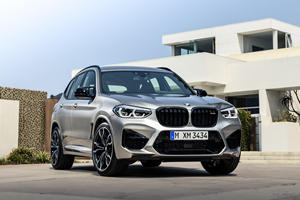 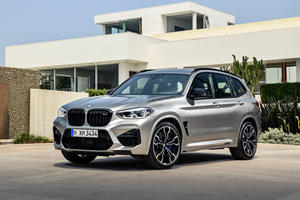