Comparisons between the Porsche Taycan and Tesla Model S were always going to be inevitable. The Taycan finally made its world debut this week boasting sleek styling, impressive performance, and a high-tech cabin, but Elon Musk couldn't resist mocking the electric sports car on Twitter.

"Um @Porsche, this word Turbo does not mean what you think it does," Musk wrote on Twitter referring to the dubious use of the word 'Turbo' in the model name. It's a valid criticism to be fair since the fully electric Taycan Turbo obviously doesn't have a turbocharger.

Intriguingly, Musk then followed up this comment by saying the Model S will be unleashed onto the Nurburgring next week, hinting that Tesla could attempt to beat the Taycan's current record at the 'Ring. Last month, Porsche announced the Taycan lapped the Nurburgring Nordschleife in seven minutes and 42 seconds. That was fast enough to set the record for the fastest four-door EV.

The Porsche Taycan versus Tesla Model S debate will continue to rage on. While the Taycan has been branded as a Tesla killer, it falls short of its rival in several key areas. For starters, it's significantly more expensive than the Model S, with the Turbo starting at $153,310 and the Turbo S starting at $187,610 – and that's before you start browsing the options list. For comparison, the most expensive Model S starts at $99,990. 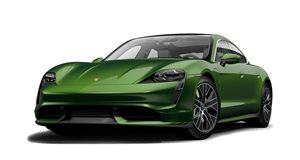