The Vanwall is often regarded as one of the most important Formula One race cars built in Britain.

In 1957, Vanwall famously claimed the world's first Formula One Constructors Championship Trophy. Now, 62 years to the day, Vanwall is making a surprise comeback. To celebrate its six racing victories in 1958, Vanwall, now rebranded as Vanwall Group, the successor to the famous British racing team, is building six new continuation cars based on the 1958 championship-winning car.

Only five of the continuation cars will be available to buy privately, with the sixth car forming part of the Vanwall Historic Racing Team. Each car will take historic racing and restoration experts thousands of hours to painstakingly build referencing original drawings and blueprints from the 1950s and will be powered by a powerful 270-hp, 2,489cc Vanwall engine. Each hand-built continuation car will be sold for £1.65 million ($2.14 million).

As well as winning the first Formula One Constructors Championship Trophy, the Vanwall was the first British-built car to win the British Grand Prix with a British driver in 1957, with Sir Stirling Moss and Tony Brooks behind the wheel. Vanwall also remains the first of only two Formula One teams to score maximum points in a championship season. Vanwall isn't the only company resurrecting historic British race cars, either: Aston Martin, for example, is rebuilding the DB4 GT Zagato alongside the DBS GT Zagato based on the DBS Superleggera as part of the DBZ Century Collection.

Not only was Vanwall successful on the track, but it also pioneered engineering innovations such as using disc brakes instead of drum brakes in Formula One, giving the team an advantage over Ferrari. The chassis was designed by Colin Chapman, the founder of Lotus, while the aerodynamics were designed by Frank Costin.

62 years later, Vanwall Group is investigating "how the historic Vanwall brand DNA could translate into a vehicle for the 2020s," including future road and race cars.

"The Vanwall name is too important to consign to history," said Iain Sanderson, Managing Director of Vanwall Group. "The Vanwall story is untold to many, but it is a great British tale of innovation and achievement and shows what happens when the right team come together and push themselves fearlessly to reach a clearly defined goal. On this anniversary, we think the time is right to celebrate this great British story of success.

Faithfully recreating the iconic 1958 championship-winning car with six 100% accurate and authentic continuation cars is a fitting tribute to their historic success. The DNA that made those cars so successful also serves as an inspiring foundation for the future of the Vanwall marque, which I look forward to sharing in due course." 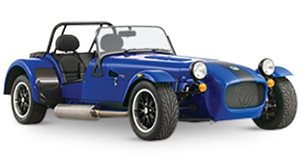