Motor Bella will run for four days leading up to the main event.

Car shows are in trouble. Automakers have been dropping out from shows like they were high schools in the '60s, and attendance has been dwindling. But the organizers of the North American International Auto Show in Detroit have plans to revitalize their exhibition. And part of those plans involve an event called Motor Bella.

Scheduled for the four days leading up to the main event, Motor Bella will take some of our favorite cars - European exotic supercars, to be specific - out of the conference center and out onto the streets of downtown Detroit.

The event is expected to feature over a hundred Italian and British exotics from a dozen brands, including Alfa Romeo, Aston Martin, Bentley, Jaguar, Lamborghini, Lotus, Maserati, and McLaren - all out in the open air on Broadway Street, next to the Detroit Opera House. Ferrari will showcase its own lineup (hopefully including the new Roma and SF90 Stradale) in Parker's Alley behind the Shinola Hotel. Though some cars will be displayed under a roped-off marquee, "most vehicles will be accessible by all attendees," promise the organizers. And afterwards, most of them will be moved inside the TCF Center (formerly known as Cobo Hall) for the show itself.

So why haven't they done this before? Because the show used to be held in the winter. But this year it's moving to the summer. Motor Bella will be held June 5-8, and is being organized with help not only from the manufacturers, dealers, and car clubs, but the consulates of Italy and Great Britain as well.

"Motor Bella is an exciting and significant new event that is only possible this year because of our decision to move the show from January to June," said show chair Doug North. "This is an example of how 2020 NAIAS is changing and adapting to meet the needs of our industry partners as we reinvent the show." 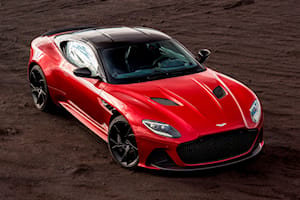 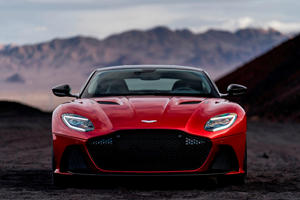 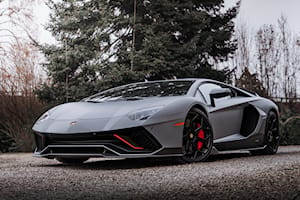