Johan de Nysschen is the man you can thank for reinvigorating the Cadillac brand with rear-wheel-drive sedans like the ATS-V and CTS-V. Before he was fired from Cadillac, he also led the Audi and Infiniti brands, both of which struggled with image problems as "second-tier" luxury automakers. Now, de Nysschen will rejoin the Volkswagen Group to oversee North American regional operations as Chief Operating Officer. His role will begin on October 1 reporting to Scott Keogh, head of Volkswagen Group of America.

This is hugely important news for VW as the company continues its regional restructuring from 2016. VW began this effort to streamline the corporate decision-making process and let the people closest to the US, Canada, and Mexico markets make more of the big calls.

So far, this strategy has resulted in new North American products like the mid-size Atlas SUV and the upcoming Atlas Cross Sport. "This industry and this brand are at a transformative moment," said Scott Keogh, CEO of Volkswagen Group of America. "Johan will help make us faster, better and smarter. He'll speed our decision-making and dive deep into our day-to-day business so we can continue to make this brand matter again."

"I'm looking forward to rejoining a Group and leader I know well and admire," said Johan de Nysschen. "This is a great opportunity to play an important role at a company of this scale at a fascinating time."

It remains to be seen how de Nysschen's 30 years of industry experience (20 of which were with the VW Group) will impact VW's product line moving forward. His specialty is taking brands with questionable reputations and turning them into globally-recognized competitors. If anything, this hire bodes well for the VW brand in the US, which lost credibility following the Dieselgate scandal. It is also timed well with the imminent arrival of VW's ID-branded electric cars, which will completely shake up the EV segment. 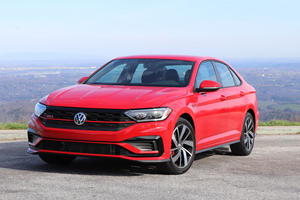 First Drive
2019 Volkswagen Jetta GLI First Drive Review: The GTI's Sensible Cousin
If you've got a family but want a sporty sedan, the GLI is close to perfection. 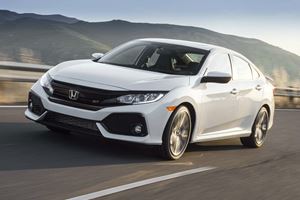