Expect The Porsche Mission E Cross Turismo To Debut In 2021

Is the world ready for an "off-road" Taycan?

Porsche surprised everyone when it revealed its Mission E Cross Turismo concept at Geneva a few months ago. Needless to say, not everyone was a fan of the off-road influenced all-electric wagon. But one look at the concept suggests it won't remain a concept for long due to a design that looks, more or less, nearly ready to hit the road. And so it shall. According to Automobile Magazine, who learned the information from suppliers, the production-spec Cross Turismo will go on sale in late 2021.

Interestingly, the car's project leader admitted the official production green light has yet to be given. Still, the fact Porsche is already conducting prototype media drives speaks volumes regarding production intent. As expected, it'll share most of its hardware, entire platform and battery tech with the also upcoming Taycan all-electric sedan, formerly called the Mission E. Sources further claim the final design for both vehicles was locked down last year, hence Porsche's confidence in showing a near-ready production vehicle. We don't know yet whether a name change is in order. Automobile Mag also had the chance to partake in a prototype test drive and, in short, came away unconvinced it'll have broad appeal to American buyers.

Reason being is its lack of real off-road capabilities and wagon-like appearance. For example, the Cross Turismo sits just as low as a Panamera at 55.9 inches despite those black plastic wheel arches and other body kit enhancements. But remember, this was only a prototype drive. We're still three years out from the real deal, so it's entirely possible Porsche will once again surprise us with some relevant off-road improvements. 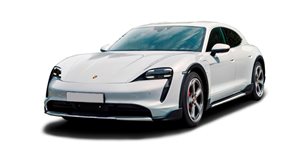 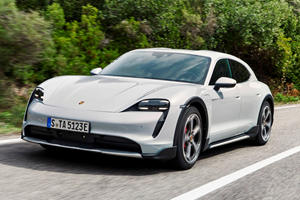