Fast & Furious 9 Will Blast Off Into Space

And the rumor comes from a credible source.

The 'Fast And Furious' film has increasingly become less realistic over the years. It's transitioned from a simple street gang stealing VCRs, to world-class super spies jumping cars off skyscrapers and surviving explosions. The plots have strayed so far into the most extreme, many fans joked that the only way to top jumping out of a moving airplane would be to go into space. Well, as it turns out, those fans may be proven correct.

In the latest movie in the franchise, Fast & Furious 9, the crew may indeed go into space if a recent interview with a cast member is to be believed. Speaking during a Sirus XM show, Michelle Rodriguez, who plays Letty in the films, seemingly confirmed the space rumors.

When asked by co-host Julia Cunningham if she was "in space with Ludicrous," who plays Tej in the films, Rodriguez said, "Oh, no way. How did you guys find that out? See what happens? People start talking behind the scenes, man. When a movie doesn't come out and forget about it, things get out. Nobody was supposed to know that!"

'Fast & Furious 9' was slated to arrive in May 2020 but was delayed to 2021 due to the coronavirus pandemic. Of course, Rodriguez answered the question with a joking tone, so it is possible that this latest entry in the Fast franchise may stay on planet Earth.

Rodriguez later added that she was "not lucky enough to hit space," though that wording doesn't preclude other actors/characters in the movie from doing so. Even with the crew does stick to cars instead of spaceships, there will still be some fast metal featured in the film. We already know Vin Diesel's character will drive a custom Dodge Charger Widebody and Sung Kang will reprise his role as Han, piloting a Toyota GR Supra this time around. The Supra will at least be orange, like his old Mazda RX-7, but the story of how his Han survived the explosion from 'Tokyo Drift' will take some explaining. Aliens, perhaps? 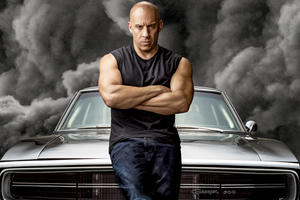 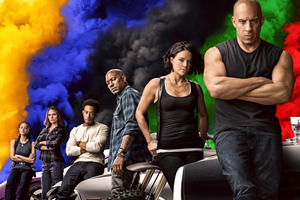 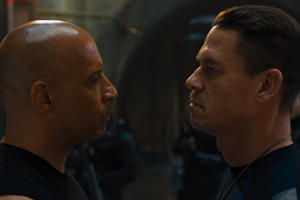 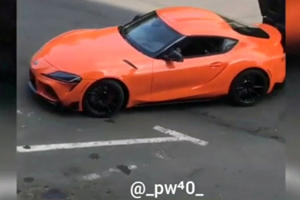 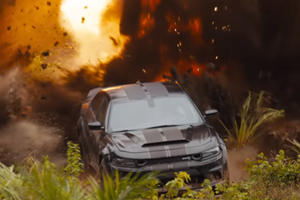